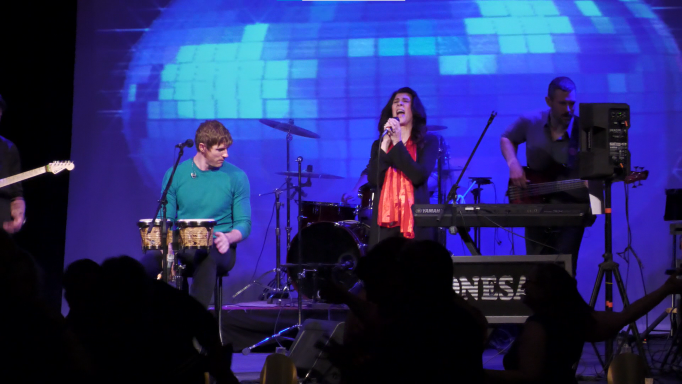 “OnesAll,” from documentary filmmaker Adam Santovac, will take a look into the lives and music careers of the family members behind the popular Tucson band.

OnesAll Band was formed more than a decade ago by Jordan Stafford and features his parents John Stafford and Kathi McKay, his brother Brock Lange and family friend Abel Salgado.

Santovac, who filmed the documentary in January, was introduced to the band two years ago, when he temporarily moved in with Stafford and McKay while studying English at the University of Arizona as an international Fulbright student.

“It was a very emotional and enriching experience. I stayed with them for almost six months during 2020, so I had the incredible opportunity to observe how they as a family and band worked together while the world was falling apart due to the pandemic,” Santovac said.

According to the band, the name “OnesAll” represents music’s ability to bring people together and the sense of unity they hope audiences feel at their shows.

“I hope the audiences will be inspired by the story behind OnesAll. Inspired to create, to pursue their ideas and endeavors and not to give up,” Santovac said.

Santovac, who won an award for his previous documentary “Super Graduate,” hopes to complete the film later this year and host a premiere in Tucson for fans of OnesAll before releasing it online.

For a schedule of OnesAll Band’s upcoming performances, visit their website: onesallband.com.