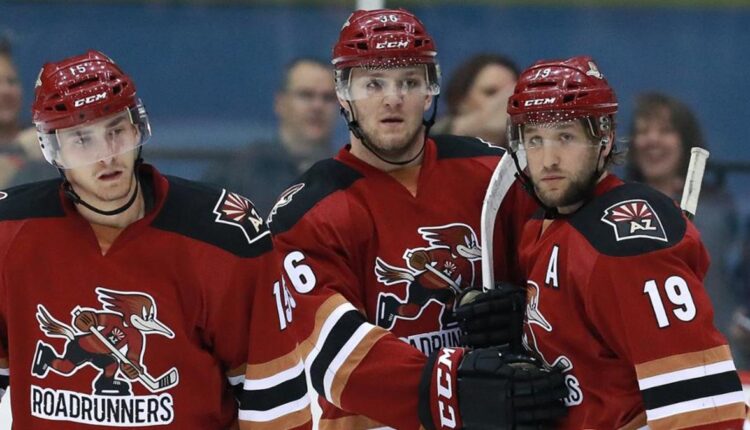 It’s a battle of the desert birds as the Tucson Roadrunners take on the Coachella Valley Firebirds. These Pacific Division rivals will play the first of back-to-back games tonight, with the second coming on Tuesday. These two are quite familiar with one another already this season, with the Firebirds holding a 3-1 season advantage over the Roadrunners. These teams just played a back-to-back last week in Tucson. Coachella Valley won 4-3 in the most recent game.

How to watch Tucson Roadrunners at Coachella Valley Firebirds in AHL Hockey Today:

The Firebirds are coming off an even bigger win against the San Diego Gulls, dominating in an 8-1 victory on Friday. The game was the last of the team’s road trip of the calendar year. Jesper Froden helped lead the team with a hat trick, as Coachella Valley is only five points back of the division-leading Colorado Eagles.

The Roadrunners are also coming off a big victory against San Diego, winning 9-4 on Saturday. This game was nearly over in the first four minutes after Tucson went up 3-0. An astonishing 13 players notched at least a point in the victory. This test against the Firebirds should be much more even for both teams.