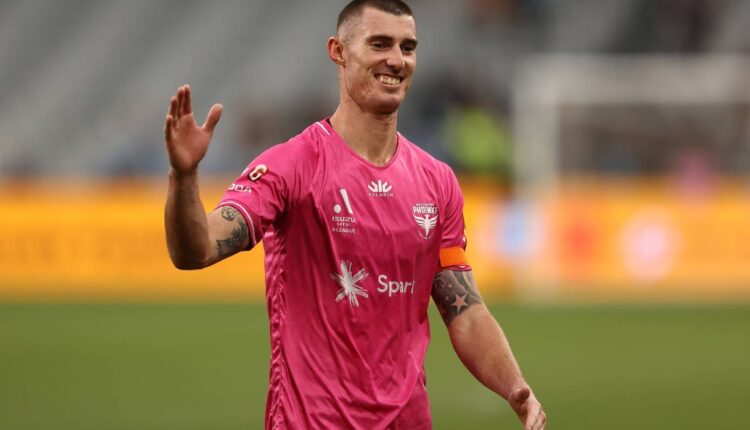 Wellington Phoenix coach Ufuk Talay says his goalkeeper Oli Sail is playing with confidence again after saving his side for the second week in a row.

The All Whites shotstopper made two crucial saves late in the game as the Phoenix hung on to beat Brisbane Roar 1-0 at Kayo Stadium on Saturday, lifting them up to fourth on the A-League Men ladder.

It was the first time the Phoenix had claimed back-to-back wins this season, both of them coming on the road.

They also managed clean sheets for the second consecutive match and they have Sail to thank for that after the Phoenix vice-captain denied Roar substitute Joe Knowles twice in a nervous final five minutes.

His save in the 85th minute was a key moment in the match, diving to his right to bat the ball away after Knowles turned in front of Finn Surman and unleashed a fierce shot from the penalty spot.

By his own admission, the Phoenix’s best performer last season had failed to stamp his authority on games through the first 10 rounds as they shipped 18 goals and conceded in every match.

Sail has now produced match-winning saves in their last two games to grind out 1-0 wins.

Against Sydney FC last weekend he pulled off one of the saves of his career to keep out Adam Le Fondre’s stoppage time spot-kick.

“Goalkeepers are very important, they make those crucial saves and he made one today for the team,” Talay said.

“The players in front of him feel comfortable, they know that if players are having strikes from distance they have a goalkeeper that can deal with them.

“Last week he was very important for us, he made a massive save on the first penalty, and players work on confidence too.

“That game made him grow and feel a lot more confident leading into this game.”

The Roar had only conceded nine goals prior to Saturday and Talay said he had predicted one goal would decide the game.

He was proud of his team for overcoming a disrupted build-up to claim all three points.

The Phoenix had to fly to Brisbane via Sydney, where they had a four-hour layoff, after a booking botch-up and only arrived at midnight before the match.

Centre-back Scott Wootton was also a late withdrawal after straining his calf muscle, leaving them without two key starters with Bozhidar Kraev suspended.

“The preparation for me wasn’t ideal, but overall the boys worked really hard and they grinded out the result,” Talay said.

“We had some good moments with the ball and I don’t think we gave anything. Oli made a fantastic save towards the back end and that’s why he’s there and like I said this is a very important win for us.

“We’ve been playing some good football without getting the results at times, but today I think the boys worked hard.”

The Phoenix scored the game’s only goal when left-back Lucas Mauragis found Polish striker Oskar Zawada at the far post in the 65th minute.

Zawada headed home for his fifth goal of the season, four of which have come in the last five games.

“We spoke about it before the game about being patient and trying to break them down.

“We knew it would be a close game and I said to them at halftime one goal will win this game.

“I think this is a very important game, a very big game for us to walk away with three points.”

The Phoenix will welcome Kraev back for their next game, at home to the in-form Central Coast Mariners next Sunday.

The Mariners are five points clear of the Phoenix in second, having won five of their last six games.