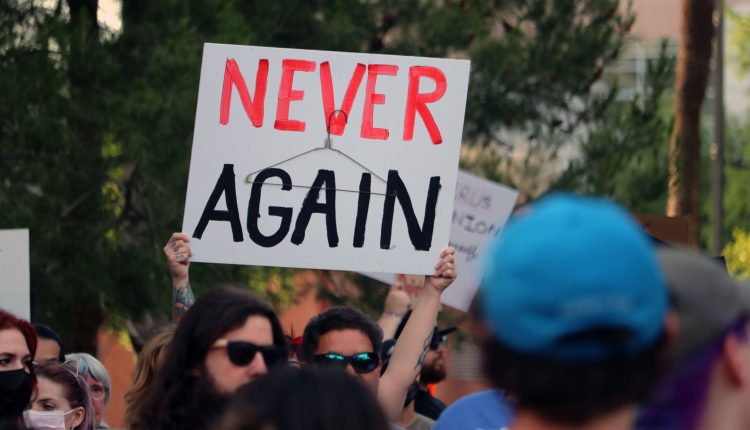 With the 1864 territorial era ban on abortion in effect in Arizona, providers, patients, and even lawmakers, have been left confused about the legal and medical landscape, so the Arizona Mirror created this guide to help clear up some confusion.

Last month, Pima County Superior Court Judge Kellie Johnson ruled that an injunction blocking the 158-year-old total abortion ban is no longer enforceable after Roe v. Wade was overturned in June. The injunction was imposed in 1973, just weeks after the Roe ruling affirmed the constitutional right to access abortion services.

But what exactly does the recent lifting of the injunction do? According to Jennifer Piatt, co-director of the Center for Public Health Law and Policy at Arizona State University, the legal confusion is likely to continue.

“I think there is a lot of confusion because additional litigation may change this,” Piatt said.

On Sept. 30, Johnson refused to pause her ruling lifting the injunction and told Planned Parenthood Arizona that it should file a separate legal challenge to argue that conflicting Arizona abortion laws areleading to confusion.

The territorial-era ban disallows health care providers from performing a procedure or supplying a medication to “procure a miscarriage,” which could result in a prison sentence of two to five years.

“It does not target pregnant individuals, it targets providers,” Piatt said of the law. A similar pre-Roe law that did target women was repealed by the legislature in 2021.

So, will any patients be charged for seeking an abortion in Arizona?

“I would say no, because the language in this law specifically targets the provider,” Piatt said, citing statements from Maricopa County Attorney Rachel Mitchell who said she wouldn’t prosecute women who seek an abortion in cases of rape, incest and molestation and would seek further guidance from the courts.

But there are other gray areas where it isn’t as clear whether the 1864 law will lead to prosecutions. For instance, what happens when women in Arizona procure abortion medication, informally known as Plan C, from other states or overseas?

“That is a really really tricky question which involves applying an Arizona law to a person in another state,” Piatt said, adding that it likely will be something that won’t be resolved until litigation takes place.

“Contraception is not targeted by the language in this law,” Piatt said. “Contraception we still have a constitutional right to.”

Emergency contraception is still legal in Arizona, even though abortion services are not.

“In a world where abortion service is not accessible, emergency concentration becomes more important,” Planned Parenthood Arizona Medical Director Jill Gibson told the Mirror. “The stakes have really gotten a lot higher to educate and get these methods to the general public.”

Emergency contraception is most commonly known as Plan B ,and it works by preventing or delaying ovulation, not inducing an abortion. If a person has an egg that has been fertilized, Plan B would not stop a pregnancy from occurring, Gibson said.

Plan B is best if taken within 72 hours after unprotected sex and is more effective when taken closer to when the unprotected sex happened. Plan B is available over the counter without a prescription, but it is not effective for everyone.

Those with a body mass index above 25 should not use Plan B, as it will not be effective. Instead, they should use Ella, a similar emergency contraceptive and can be taken within 120 hours of unprotected sex. Once again, the closer you take it when you had unprotected sex, the more effective it will be.

“The general public doesn’t really understand that Plan B is really great and we are happy to have it,” Gibson said, adding that having an emergency contraceptive that patients can pick up easily is helpful, “but it is not the most efficacious.”

Gibson said that intrauterine devices, or IUDs, often are more effective and for many patients have better outcomes.

“The downsides are that you have to have a quick procedure,” she said, adding that it can be uncomfortable but in some cases sedation can be arranged.

“For people who may not want an IUD or an implant, we have had birth control pills,” Gibson said. “Birth control pills still have lots of advantages, but they have to be taken around the same time every day.”

Patients who opt for oral contraceptives will have to remember to take their pills daily and to pick up their prescription. Many doctors and places like Planned Parenthood also offer telehealth appointments to figure out which birth control might be right, so no visit to a clinic is necessary, Gibson said. There are also many places where patients can now get birth control delivered to them online.

Another option on the table for family planning that is also offered by Planned Parenthood and many other doctors in Arizona is vasectomies.

“Vasectomy is an extraordinarily easy outpatient procedure that is done with local anesthesia,” Gibson said. “There are not many male birth control options other than condoms.”

Although contraceptives like Plan B are legal and sold over-the-counter, there are still possible hurdles to access them: Arizona law allows pharmacists to refuse to provide medications if they have a moral objection to dispensing them. Some in Arizona have done so when patients sought Plan B or other emergency contraceptives.

This very issue has led some women to build networks to help other women obtain emergency contraception, birth control and even Plan C, but this can raise issues of privacy.

Shortly after the overturning of Roe many people began deleting or becoming wary of their period tracking applications — and for good reasons.

One period tracking app, Flo, had to reach a settlement with the Federal Trade Commission after it was discovered to be sharing users’ health data with third parties.

Many people use the apps to track their periods, sexual activity and birth control pills, but it has led to fears in some areas that the applications could be used to help prosecute those who seek abortions or abortion providers.

According to Daly Barnett, a staff technologist at the Electronic Frontier Foundation, there are steps both patients and providers can do to help protect their privacy.

Barnett suggests that people using a period tracker app should look carefully at its privacy settings. Some apps are more privacy-focused, like Euki, which does not store any user information and even allows users to set up the app without an email or phone number for additional security.

Advertisers use geolocation on phones to send targeted advertising and track user behavior that then can be shared with other apps or third parties. Barnett suggests turning that functionality off and reviewing the permissions you’ve given other apps on your phone.

Things like Google Maps will often require location data, but users can choose for it to use that functionality only while using the app to limit how much data the application collects.

“It’s a good idea for people in anti-abortion states to be wary of using period tracker apps, but we ought to be urging them to think bigger than that,” Barnett said to the Mirror. “There are many other aspects of their digital footprint that could potentially be used against them. Data minimization requires people to think carefully and realistically about the data they produce, and who they’re entrusting with it. This goes for all apps, websites, online communications.”

Recently released court documents showed that even users that opted out of location tracking by Google were still tracked by Google using a user’s IP address.

Barnett also encouraged people to review the encryption settings on their phones and suggested moving to end-to-end encrypted messaging apps like Signal.

The ‘poster child’ for social equity marijuana licenses looks to succeed, even against tall odds