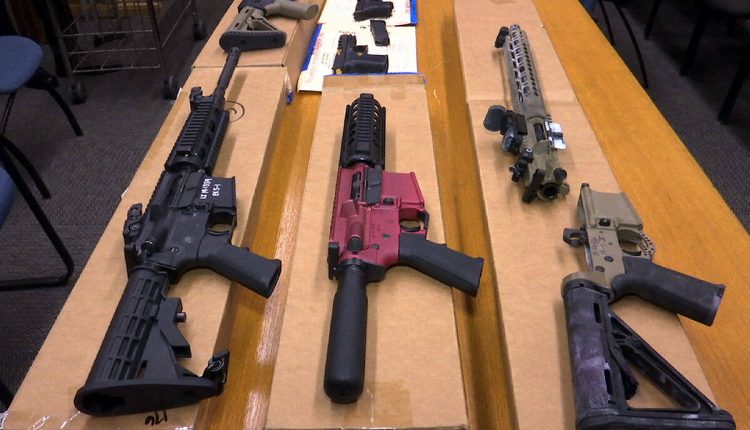 What the right doesn’t get about ‘ghost guns’ | CLARENCE PAGE

An often-repeated story about WC Fields holds that as he approached the end of his life, a friend was surprised to find him reading a Bible.

That scene comes to mind these days as I hear the standard response given by the National Rifle Association, the Gun Owners of America and other gun rights groups to even the most modest attempts to inject a little sanity into our nation’s gun laws.

The latest example of loophole-seeking has emerged in the recent pandemic of “ghost guns.” I’m not talking about the spirits of deceased firearms. “Ghost guns,” as many have been learning, is a street nickname for home-assembled firearms. Their parts can be 3D printed or ordered over the internet and constructed at home like Ikea furniture to produce a full-fledged gun.

The bad news is in their illegality. Buyers of unfinished parts or components have not been required to undergo a background check, and their weapons have no serial numbers, which makes them virtually impossible for police to trace.

Yes, like spam and some other modern irritants, online ghost gun markets are a dubious consequence of the internet age, spreading like a viral tweet. No need to prowl back alleys for your illegal blaster, even if you have a felony on your record that would disqualify you from legal gun ownership. Just go online.

As if we didn’t have enough guns on the street already. “The last thing we need in our community right now,” Cook County Sheriff Tom Dart of Chicago said recently, “is not just more guns, but more guns that can’t be traced.”

True. Hunters, collectors and other firearm enthusiasts, including some of my personal friends, have many legal ways to practice their pastime, but, as the sheriff observed, there’s no need to have a ghost gun unless you’re planning to commit a crime.

Last year alone, there were about 20,000 suspected ghost guns reported to the ATF as having been recovered by law enforcement in criminal investigations, Biden said in his Rose Garden announcement at the White House, “a tenfold increase from 2016.”

But, predictably, gun rights organizations say the war on ghost guns is misplaced — and that’s one of the nicer words they use.

For one thing, they argue, ghost guns are only a small portion of the weapons police have recovered on the street. True. But the amount is growing.

Citing Justice Department statistics, Erich Pratt, senior vice president of Gun Owners of America, wrote in an op-ed posted on the group’s website that privately made firearms were found at 692 homicide or attempted homicide crime scenes over a six-year period.

surah But knives, hammers, fists and feet arguably have other uses besides homicide.

The growth trends for ghost guns are rising too fast to give many peace-loving Americans comfort.

In Chicago, for example, only 72 ghost guns were recovered by Chicago police officers in 2019. But that number jumped to 130 ghost guns in 2020 and 458 last year. So far this year, according to reports, officers have recovered at least 166 of the guns.

By comparison, Chicago police say they recovered more than 12,000 guns of all types last year, including some that were gathered during voluntary gun turn-ins. That’s disturbing, but hardly an excuse to ease the pressure on those who seek firearms to break laws.

The pro-gun rights crowd certainly isn’t easing the pressure from their end. Quite the opposite, they’re pouring it on. “The only no-compromise gun lobby in Washington,” says a quote on the homepage of the Gun Owners of America, which boldly criticizes the famously hard-line NRA for being too moderate.

I believe in the virtues of compromise to heal the growing polarization in our national politics. But in today’s firearms clash, it doesn’t seem to have a ghost of a chance.