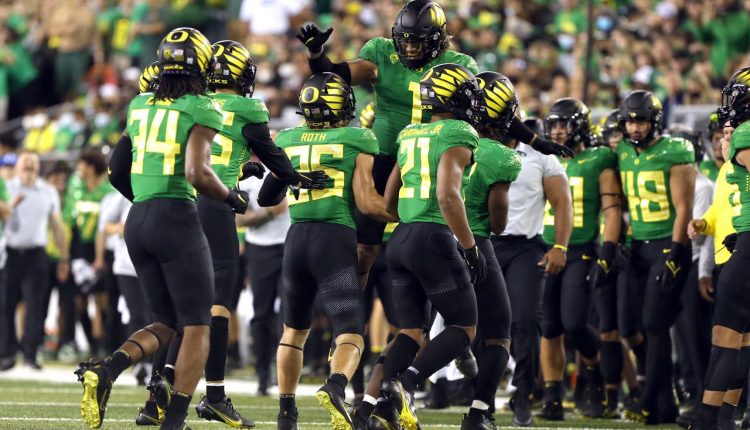 EUGENE – No. 3 Oregon defeated Arizona (4:19) on Saturday night at the Autzen Stadium.

Anthony Brown Jr. threw for 206 yards and three touchdowns and ran for 41 yards and Bennett Williams had two out of five interceptions for the Ducks (4-0, 1-0 Pac-12) who are visiting Stanford next week.

Here’s a recap of what was written nationally and in Tucson after the game:

By the Numbers: How Arizona Took It Up, Then Stumbled Against Oregon Late (Arizona Daily Star)

Arizona Killed by Fourth Quarter Sales Against No. 3 Oregon (GoAZCats.com)