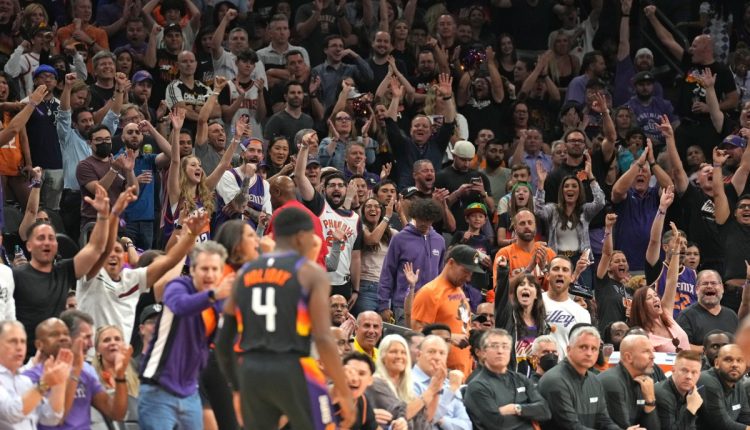 Where do Phoenix Suns Classic Uniforms Rank This Season?

The Phoenix Suns have always had unique (and pretty sweet) uniform combinations.

How could you not with colors such as purple, orange and white to work with, right?

The one uniform that has always stuck out to fans in the Valley are the streaking sun jerseys.

So when the Suns brought them back as their Classic Edition uniforms to celebrate the 30th anniversary of the 1992 squad that went to the NBA Finals, Phoenix fans were undeniably hyped.

Unfortunately, the famed Black Valley jerseys will be retired and no longer be seen on the court. However, these just might make up for their absence.

When it comes to judging the best classic edition jerseys, you might get varying answers on who can claim the top spot in the league.

SB Nation, in their recent piece ranking each of the new classic edition jerseys, puts Phoenix at No. 3 on their list.

“For their 30th anniversary, the Suns are bringing back their ’90s uniforms once made famous by Charles Barkley, “Thunder” Dan Majerle, and Kevin Johnson. As a Chicagoan, these uniforms always made me smile because they make me think of John Paxson’s series-clinching three-pointer in the 1993 NBA Finals. Sorry for the reminder, Phoenix,” said author Ricky O’Donnell.

Just above the Suns were the Brooklyn Nets at No. 2

And the Detroit Pistons took home honors for the top spot.

Sun’s Rank at No. 7 in Future Power Rankings

Has Phoenix’s Best Chance at a Title Passed Them?