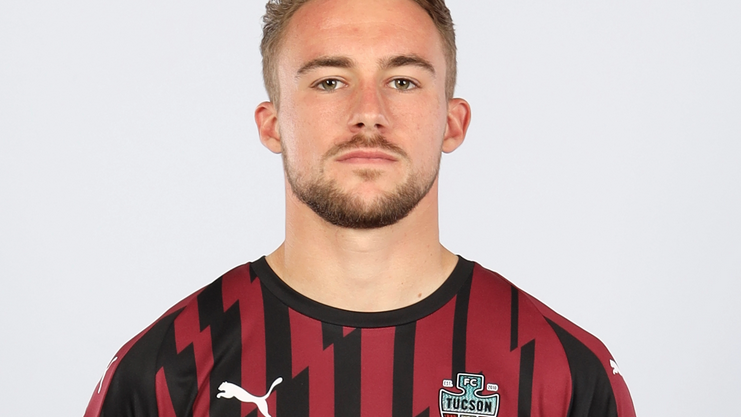 While you were sleeping, FC Tucson pulled off its biggest victory of the 2022 season | FC Tucson

Although the match was delayed by hours, FC Tucson’s Sept. 11/12 contest proved to be worth the wait.

FC Tucson coach Jon Pearlman said he’s proud of how the Men in Black didn’t give up when they were buried in last place and suffering through injuries. With the win, Tucson FC (6-12-5) moved into 10th place in the USL League One standings. The club is tied with North Carolina FC with 23 points, but has a better goal differential.

“We kept competing and we kept working and we’re in every game and I kept saying the same things here,” Pearlman said. “Everyone has the right to roll their eyes, but I’ve always spoken the truth, I believe in this group.”

Tarn Weir scored 7 seconds into the match, assisted by midfielder Louis Perez. It’s the fastest goal in USL League One history and the earliest FC Tucson score ever.

The previous FC Tucson record was 31 seconds by Tate Schmitt on July 3, 2016. Schmitt now plays for Real Salt Lake in the MLS.

“Every game so far this season I’ve been making that same run off the kickoff and I think that might’ve been one of the first times I’ve actually got it,” Weir said. “So I was excited and just looked up, saw the goalie wasn’t coming out and thought ‘Why not?’

Pearlman said Weir ran as if his life depended on it.

The match started after a 2-hour, 40-minute weather delay. Fans were not allowed back into the stadium due to Pima County regulations. Then, in the 36th minute, there was another 40-minute delay. By the time the match restarted, it was almost 11 pm The final whistle blew at 12:15 am

The late-night win is easily FC Tucson’s best of the year. Union Omaha (10-4-10) won the league championship last year; this season, it advanced to the Lamar Hunt US Open Cup quarterfinals, knocking out two MLS sides.

Tucson FC has two home wins in September. It’s only other win in Tucson came on April 6, when it beat the Las Vegas Lights in the US Open Cup.

“It’s unbelievable, man, just going so long, ever since Vegas, winning against Vegas in the Open Cup and that whole stretch of not winning at home, it’s so tough, especially with the fans coming out every single week and supporting us,” Weir said. “Unfortunately, again, they couldn’t be with us tonight, but we’re so happy to get the win.”

Daniel Bedoya scored in the 62nd minute, assisted by forward/defender Donny Toia, to make it 2-0.

Then Toia scored in the 76th minute, assisted by defender Kaelon Fox.

Pearlman said he was thrilled with the play of Toia, a longtime Major League Soccer defender who signed with FC Tucson midway through this season.

“Donny’s done what he’s done his whole career whenever he’s been in this city: which is be as big as the moment, whether it’s for Pima or CDO or coming back here for preseason,” Pearlman said. “He’s a guy that you can count on in big moments and he has such pride in what he does.”

The Men in Black outshot Omaha 11-9, including 4-3 in shots on target.

FC Tucson’s next match is Friday, when it takes on South Georgia Tormenta FC (10-9-6). The club will return to Kino North Stadium on Sept. 20 for a match against North Carolina FC (6-12-5). Pearlman said his club needs to win five of its final seven to make it to the postseason. The top six teams advance to the playoffs.

Or, as Weir said: “Every game’s a final now. It’s pretty much do or die, so we just gotta keep this momentum going.”