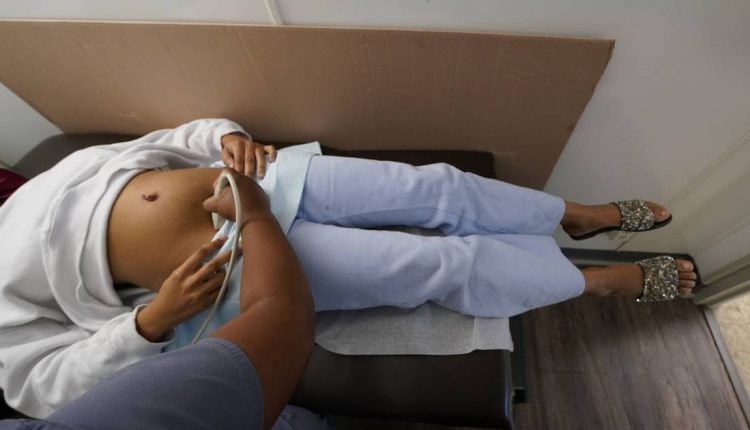 Remember the old days when President Bill Clinton brought a temporary calm to the raging abortion debate by declaring the ultra-controversial procedure should be “safe, legal and rare?”

That was in 1992, when compromise still sounded like an achievable goal in Washington. Trend lines already were showing abortion to be in a slow but persistent decline across major demographic groups, although not nearly fast enough to satisfy the politically potent anti-abortion movement.

Those were the days.

Today, the issue of abortion rights has taken on a new urgency with the recent leak of a draft US Supreme Court opinion that suggested the court would overturn the 1973 Roe v. Wade decision.

If that’s how the decision comes down, which is expected by late June, one thing is certain: women are likely to bear the biggest burden of its consequences — especially women of color.

Even though the abortion rate for Black women has declined over the years on an almost parallel track with other women, they still get abortions at rates more than four times higher than their white counterparts, according to the Centers for Disease Control and Prevention.

You don’t have to be a social scientist to figure out the bigger reasons for the disparity. Women of color often have limited access to health care, effective birth control and adequate sex education. If you are Black or Hispanic in a conservative state that already limits access to abortions, you are far more likely than a white person to have one.

Yet, too many people treat the disparity as simply something that needs more study. One 2020 paper by public health scholar James Studnicki and two co-authors calls the disparity “the most demographically consequential occurrence for the minority population.” It goes on to say that “the science community has refused to engage on the subject and the popular media has essentially ignored it. In the current unfolding environment, there may be no better metric for the value of Black lives.”

As a Black person, I appreciate the scholars’ concern. But before we point fingers of shame and blame at the women, I think we need to know more about why they made the choice they made.

For low income women, particularly in communities of color, they are more likely to have had no other choice — and, contrary to what some cynics may say, it is not a “casual” choice. CDC figures also show that Black women are more than three times as likely as white women to die of pregnancy complications.

Yet, when Justice Samuel Alito mentions race in his 98-page draft opinion, it is in reference to abortion rights supporters who are “motivated by a desire to suppress the size of the African American population.”

In that vein, he also cites an opinion written by Justice Clarence Thomas in the 2019 case Box v. Planned Parenthood of Indiana and Kentucky. It is in the states’ “compelling interest in preventing abortion from becoming a tool of modern-day eugenics,” Thomas argued, referencing old racist movements to “improve” the country by reducing the nonwhite population.

He is not alone among Black Americans who have voiced that concern. When Roe was decided, polls showed Blacks were less likely than Whites to support abortion. Such civil rights leaders as Fannie Lou Hamer and Whitney Young denounced the procedure as a form of genocide.

Jesse Jackson called abortion “murder” in his early days of activism but later moderated his view along with numerous other African Americans who gained prominence in Democratic Party circles.

One of the laws the Supreme Court justices are considering is a Mississippi law that makes most abortions illegal after 15 weeks of pregnancy, about two months earlier than Roe and later decisions allow. Mississippi lawmakers last year rejected a bill that would have let mothers keep their Medicaid coverage for a year after giving birth, up from the current two months.

Once again, we see in Mississippi a sad case of “right to life” advocates whose concern for the unborn appears to vanish as soon as they’re born.

The likely result is to make abortion unsafe, illegal and even more tragic.

Sign up here to receive Clarence Page’s columns by email as soon as they are published.

Clarence Page, a member of the Tribune Editorial Board, blogs at www.chicagotribune.com/pagespage.

Tales from the Morgue: 100 years ago, a widow needs help | Tucson history and stories from the Star’s archives