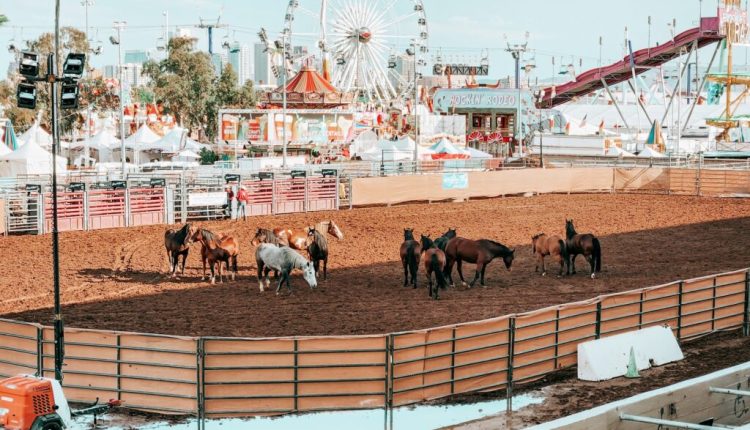 Why don’t Indigenous people have any role in hosting the State Fair’s annual All Indian Rodeo?

Mariah Clark has been involved in rodeo for much of her life. A member of the White Mountain Apache Tribe, she has held rodeo queen titles and done barrel racing.

That deep involvement made her join the Arizona Native American Rodeo (AZNAR) Committee so she can advocate for more Indigenous people to be involved in the rodeo circle.

Clark said she’s been fortunate enough to attend a lot of non-Native rodeos. Still, the rodeo she enjoys the most is the All Indian Rodeo hosted annually at the Arizona State Fair.

“I love all Indian rodeo,” Clark said. “There’s nothing like being around your community, and that’s something that’s super important, and we need to keep that alive.”

But the All Indian Rodeo isn’t hosted or produced by Indigenous people, according to the AZNAR committee — and it’s been that way for years.

“We’ve been doing it for a very long time,” she added. This is why the AZNAR Committee has decided to relaunch its efforts to have Indigenous people at the table regarding hosting Native American rodeos in Arizona.

“The committee is really looking to be an active partner in the entire process,” AZNAR Project Manager Debbie Nez-Manuel said. “We want to be back at the table.”

The AZNAR committee is calling on the Arizona State Fair Committee, Arizona State Legislature, and Gov. Doug Ducey’s office to ensure they participate in planning the All Indian Rodeo.

“We wanna ensure that Native American voices are there planning, they are part of the process, (and) that they are the major decision makers during this Indian rodeo,” Nez-Manuel said. “The committee is here to work together.”

The Arizona State Fair Board, which oversees the state fair, is made up of five members appointed by the governor.

The AZNAR committee wants to work with the State Fair Board to elevate the All Indian Rodeo competitions and support the management and promotions of these events by working with Native American rodeo management professionals.

“We want to see the presence of our tribes during something that’s called the Arizona Indian rodeo,” Nez-Manuel said.

Dahozy, from Fort Defiance on the Navajo Nation, produced his first rodeo in 1960 and said that the legacy of rodeo life is a rich part of Arizona’s tribal communities. The committee’s goal is to inspire Native American rodeo competitors.

AZNAR Board Member Shawn Shirley said they want to work to get all 22 tribes involved in Indian rodeos throughout Arizona to ensure the future of our generations.

“We gotta stand up for ourselves,” Shirley said.

Shirley is from Tolani Lake, on the Navajo Nation, and he has been involved with professional and Indian rodeo for over 30 years as a contestant, producer and as an announcer.

The current promoters of the All Indian Rodeo is managed by a private enterprise, Honeycutt Rodeo Inc., which has no affiliation with Arizona tribes and is a non-Native management company.

“Having it produced by Native Americans also spotlights the future of Native Americans,” Shirley said, and it will also give them the opportunity to support junior rodeo for Native youth.

The Arizona Mirror reached out to the Arizona State Fair office for comment multiple times, but got no response.

The AZNAR committee said that with their reinstatement, they’ll work to put the management of the All Indian Rodeo back in the hands of Indigenous communities.

State Sen. Theresa Hatathlie, D-Coal Mine Canyon, showed her support for the committee during the press conference on Nov. 1. She talked about how the All Indian Rodeo held during the Arizona State Fair is one of the longest running events and it’s highly attended.

“There are no vacant seats,” she said, which proves that people are willing to travel hours from across the state to come and participate in that event.

Hatahlie said that the credibility of the rodeo needs to be upheld because if the state is going to name it a Native American event then they should have Native people at the table.

KHN’s ‘What the Health?’: ACA Open Enrollment Without the Drama