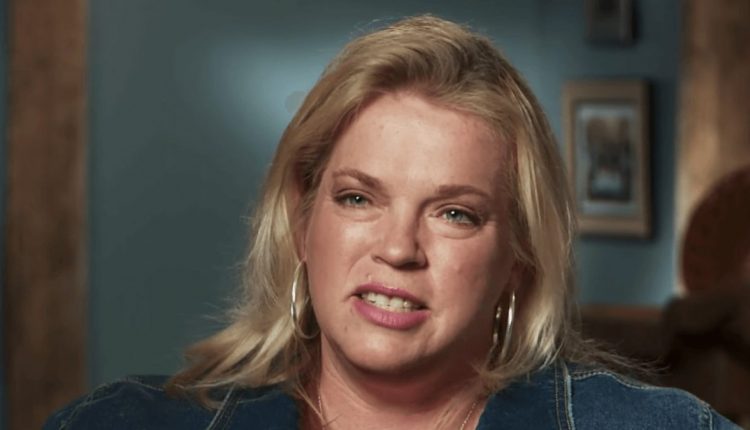 Sister Wives star Janelle Brown revealed why she decided not to spend the summer of 2022 in their RV. The mother of six revealed her youngest daughter, Savanah, had difficulty dealing with the change. She said that her daughter “really struggled” during their time living off-grid.

In June 2021, Janelle announced her move into the RV via her Instagram. That summer, Janelle and her youngest daughter, Savanah, moved into the mobile home onto the family’s property out of sheer necessity.

She explained, “The rental where I was living was sold, and I chose an alternative path to trying to find another rental. Not only is the housing market in Flagstaff as crazy as where you are, I’m sure, [but] Rentals are even harder to come by. Presenting my new summer adventure — the RV life but camped on our property.” Check out the Instagram post below:

While living on the Coyote Pass property, Janelle was camping as her RB had no access to hookups to provide water or electricity. It seemed strange to Sister Wives fans that Janelle would rather camp in an RV than move in with one of her sister wives.

The ‘Sister Wives’ star is no longer living in the RV

On November 7, Janelle moved out of her RV. She posted a photo of the trailer driving off on her Instagram Stories. The Sister Wives star wrote, “So long trailer! See you next spring.”

She explained, “Trailer is headed down to storage for the winter. We decided to find short-term housing in town instead of riding out the winter.” As it turns out, Janelle ended up staying in a rental in Flagstaff through the spring and into the summer.

On April 9, Janelle teased moving back onto Coyote Pass on her Instagram. In the video, the Sister Wives star gushed about the land’s beauty. Check out the post below:

In the video, Janelle said, alongside her son, Garrison, “We came out to the property to … we’re starting to get things ready for this next summer.” She continued, “And I remember how much I love it here. You know, I was in town for the winter — and I love town, love it — but gosh! And I forget about what it’s like out here, and I came out and it’s kind of starting to be spring and … I just love it here.”

Janelle said that Savanah’ struggled’ to adjust to camper life

On July 10, Janelle went on Instagram Live (via InTouch), where she answered fans’ questions. She said, “I didn’t go to the RV this summer.” The 53-year-old mom revealed, “Savanah really struggled with the RV.”

“She was a trooper last year, but she said, ‘Mom, this year, I just can’t,'” Janelle explained. “She’s going into her senior year. So, we opted to just keep it — it’s at the repair shop right now — but we’ll use it on the weekends.”

It looks like Janelle’s camping days will have to wait until her daughter is out of the house. However, as demonstrated in Sister Wives Season 16, Janelle is in no rush to push her children out of the nest. It was Kody who pushed their sons, Garrison and Gabriel, to leave the family home.

So it remains to be seen whether Janelle will ever return to camper life. Maybe TLC cameras will document some of Janelle’s camping life on the upcoming Sister Wives Season 17 on TLC.

RELATED: ‘Sister Wives’: All of the Times Meri and Janelle’s Hatred for Each Other Was Documented in Family’s Memoir