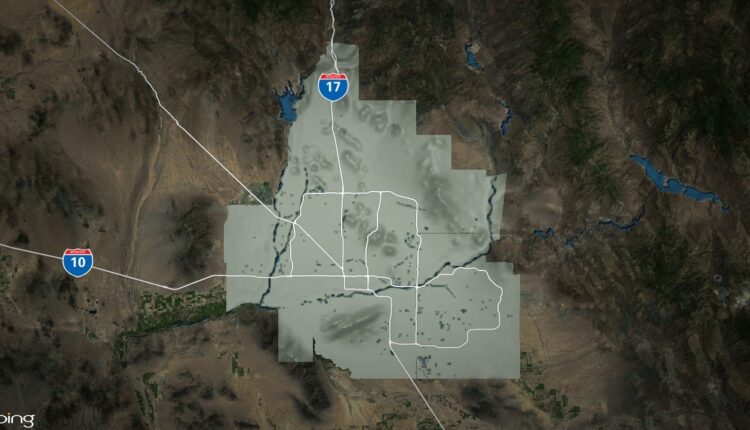 PHOENIX – Census data shows that one person moves into Maricopa County every 5 minutes.

In the latest census data, Arizona ranked 5th in the country for the biggest increase in 2021-2022 as the population went up by about 100,000 people.

Scott Wilken digs into census data for Arizona’s largest county, Maricopa County. He says over the last few years, small percentages of people have been migrating from states like Illinois, Washington, Texas, New York and Florida, but the majority are coming from our western neighbor, California.

“I’ve been tracking that since 2010, and that time has actually gone down, so that means more people are coming here more frequently,” Wilken said.

20% of households moving to the Phoenix metro area are coming from California, he says.

That data shows the population moving to the Grand Canyon State is, on average, younger, college educated, and has a lower median income—meaning those who are just starting out after finishing their higher education.

“Arizona got a reputation for being a place where it’s mostly old people, but over the past 20 to 30 years, we really have seen that change,” Wilken said.

An educated workforce helps provide talent for the dozens of new manufacturing and high-tech companies calling the Valley, and Arizona, home. In 2022, we saw the Taiwan Semiconductor Manufacturing Company break ground in north Phoenix. Intel has been expanding facilities here since 1980.

Electronic vehicle and renewable energy companies are all calling somewhere in Arizona, home.

Patrick Ptak with the Arizona Commerce Authority works with businesses small and large looking to expand here. Over the last decade, our economy went from one of the worst in the country to one of the strongest.

“LG Energy Solution announced kind of a similar sized factory in Queen Creek. Core Power is coming to the West Valley here. So, we’re seeing exponential growth in these high-tech, sustainable industries of the future,” Ptak said. “Arizona traditionally has been a growth-based economy. We saw in the great recession, the downside of that. When the economy goes bad, Arizona tended to go down very hard. We were one of the hardest-hit states at the time. So by adding different industries, you’re able to diversify the economy.”

The Phoenix metro area has even gotten a reputation as the new Silicon Valley, or the Silicon Desert. But, whatever you call it, the commerce authority calls it good for Arizona.

“Northern California is not a place where a lot of businesses want to be because it’s expensive. They’re actually driving out businesses and Arizona is reaping the benefits of that,” Ptak said.

Arizona Commerce Authority has more than 300 projects in the pipeline for 2023, which are all manufacturing based.

President Joe Biden visited the site for a new computer chip plant in Arizona, using it as a chance to emphasize how his policies are fostering job growth in what could be a challenge to the incoming Republican House majority.