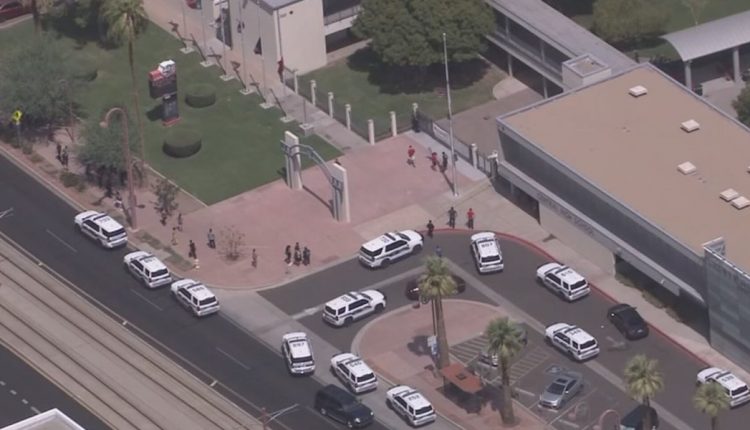 PHOENIX (3TV/CBS 5) – From a fourth grader bringing a loaded gun to Legacy School in Queen Creek last month to the on-campus fight at Central High School on Friday, and then a surprise 11-year-old suspected of threatening to do the same on Monday, we’ve seen a number of school violence scares in recent days.

“It’s becoming okay, they think to do that,” said Marci Morrison, a Phoenix-based licensed clinical social worker. Morrison just retired after 35 years of working in schools. She said she first noticed the decline in young people’s mental health after 9/11 and then again after the great recession. ”Somewhere in between there, I noticed the parents and the boundaries between your kids and them changed. The internet was getting hot then, and kids had information more and more,” she said. Morrison says it was then that kids started getting so much information on large-scale tragedies — information they weren’t ready to deal with.

”With the internet getting more intense and TV shows and news too, kids are seeing it as a young child and growing up with this fear sometimes,” she said. The next noticeable shift for Morrison was children coming back to class in the wake of COVID isolation. “Things started going crazy. A lot of suicidal ideation, probably more than ever. Even the LGBTQ+ community. I’ve tried to help them navigate that in school,” Morrison said.

She suggested that parents need to engage with their kids about everything to give them context around what they’re seeing online and on TV. Morrison said it’s up to parents to explain that there are consequences for actions.

”It’s ok to give consequences, it’s okay to set limits, it’s ok to put boundaries between you and your child. You are the parent. This is your child,” Morrison said.