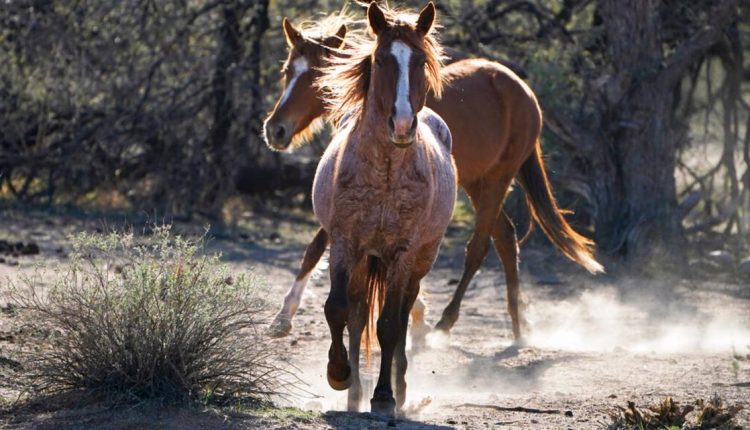 The three wild horses were found dead in the Apache-Sitgreaves National Forest in late December.

ARIZONA, United States – A US $ 10,000 award is offered for information leading to an arrest after several horses were shot in an Arizona national park.

The three wild horses were found dead in the Apache-Sitgreaves National Forest in late December. All animals were found with gunshot wounds, according to rangers.

Wild horses are protected by the Wild Free-Roaming Horses and Burros Act, which declares them to be “living symbols of the historical and pioneering spirit of the West”.

The murders are not the first. According to the U.S. Forest Service, the shootings increased in late 2018. Since then, more than 40 horses have been killed, according to proponents.

“We take every shooting, every crime against a protected animal in forest services land very seriously,” said Jeffery Todd, a spokesman for the US Forest Service. “We have all the resources available to work on it.”

The U.S. Forest Service said the shooting is currently under investigation and the horses have been buried since then.

Anyone with information is encouraged to contact the Navajo County Sheriff’s Office at 928-524-4050.

RELATED: Once extinct in nature, the Mexican fish is returning to the wild

The program shares unresolved crime information in a variety of ways, including television, radio, and social media.

Anyone with information about a crime or identifies a suspect described by the program is asked to call 480-948-6377 to go to the program’s website online or download the Silent Witness app for a tip. The identity of the person who posts a tip is anonymized.

Calls to silent witnesses are answered by a living person around the clock and tips given are accepted at all times. Submitted tips are then sent to the detectives responsible for the specific case.

Individuals who submit evidence leading to arrest or indictment in the case may receive rewards of up to $ 1,000.

Do you have a tip? Submit it using the Silent Witness Tips form here.

Schiltz finds her groove with Phoenix