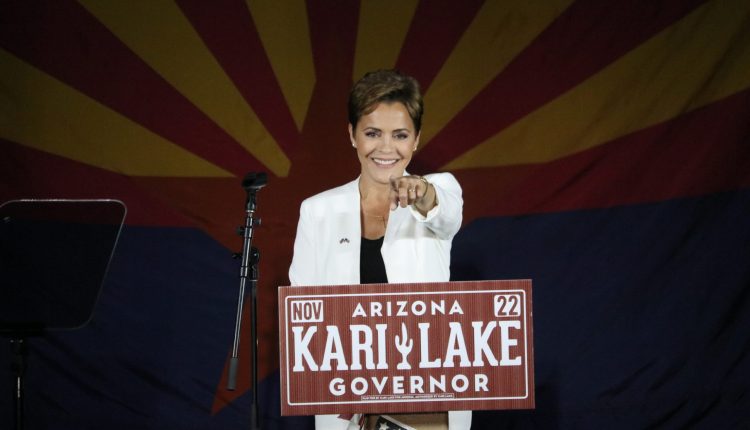 As a physician, it’s important to me that I be as clear and honest as possible with my patients about their health, be it good news or bad news. Their health and well-being is at the forefront of my communication. I expect the same from our elected leaders. But now that Kari Lake will be the Republican nominee for governor of Arizona, I fear that her increasingly veiled stances against abortion could be not just misleading, but harmful and even deadly for Arizona women.

Lake has made many statements on abortion in the past that have raised my concerns considerably as a doctor. Physicians, like the majority of Arizonans, regard abortion as lifesaving health care. Like other forms of health care, we believe decisions around abortion are private and personal, and should be made between women and their trusted doctors, without political interference.

We know that women from all walks of life make these decisions, because they’re our patients.

Yet Kari Lake has referred to abortion as “the ultimate sin.” Doctors find this label not just wrong, but dangerous. We took an oath to do no harm, and assigning this sort of stigma to standard health care is harmful, at best. We know our patients, we listen to them, and we trust them to make the right decisions for themselves and their health.

We also know that, sometimes, abortion saves women’s lives, either in the immediate or longer term. Health issues aren’t black and white. Complications that seem minor earlier on in a pregnancy can escalate quickly, sometimes even within seconds. A condition that isn’t acutely deadly, such as bleeding, one day could worsen dramatically, causing unnecessary pain and suffering. Health conditions like high blood pressure can turn into a disease called preeclampsia, which can cause kidney failure, liver failure, seizures and even death. Doctors should be able to use the full range of reproductive health care in these instances not only to prevent death but also to avert severe health conditions long before they become deadly.

So when Lake says that she supports exceptions to save the “life” of the mother, doctors have to ask: At what point? She has said, “The mother does have some choices when it comes to her health[…].” But what does “health” mean? How close to the brink of death must a patient be to make that call?

There’s a reason politicians don’t work in clinics or hospitals — they don’t have the medical training needed to answer these questions, to respond to changing health circumstances and make the best call to save their patient from severe suffering or death.

Perhaps sensing that most people don’t agree with her past statements on abortion, Lake has seemingly tried to move away from sharing specifics — another practice that makes doctors uneasy as we try to navigate the changing landscape of abortion laws.

Lake said in May that, as governor, she would work to enact anti-abortion legislation, but didn’t give specifics. Her campaign claimed that she supports exceptions from banning abortion for rape and incest. Yet she simultaneously says she supports Arizona’s existing (and conflicting) abortion laws, which do not provide such exceptions for rape and incest. And shortly after becoming the GOP nominee for governor, Lake dodged a question from a reporter asking if she would advocate for more restrictive abortion laws.

Doctors overwhelmingly oppose more restrictions on — and government interference in — abortion care. But if Lake supports extreme bans on abortion, she should give it to Arizonans straight. She should be honest and clear, just as physicians try to be when delivering bad news to patients.