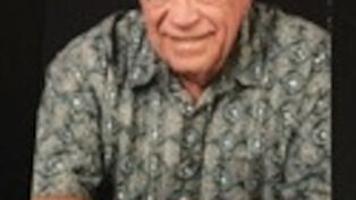 80, was born to William and Mabelline Middleton, a preacher and a homemaker, in Lewisburg, TN, August 11, 1941. He was the eldest of three, a brother, JD, and a sister, Mona. He was immersed in the Christian community from an early age, and this affected every aspect of his life. He was in the Air Force at Phu Cat, Vietnam from 1969-73. Afterwards, he got his BA in Speech and Theater Arts from the University of Arkansas at Little Rock on the GI bill. He came to Tucson in 1985 as the morning DJ at KIIM FM, known on air as Bill Marshal. He was blessed with a mellifluous voice and a talent for voice impersonations, his voice was heard on countless radio and TV stations for the past 30+ years. He was Doc Barnes on the TV series, The Young Riders. He leaves behind the love of his life, his wife, Sally, his son, Nathan (Kelly), who graced him with four grandchildren and one great-grandson, his stepson, Jeff (Dana), who graced him with two grandchildren. Bill adored his family. He was their biggest cheerleader and they thought he was a rock star. His son, Mark, predeceased him in 2010. Bill passed away peacefully on May 11, 2022 at Peppi’s House, the TMC Hospice. The family thanks the loving staff there who gave him the respite he sought. The family requests donations be made to Peppi’s House in his name. A Celebration of Life will be held on Thursday, August 11, 2022 (his birthday) with an Open House/Open Mic from 1:00 pm – 4:00 pm at Tucson Meadows Clubhouse, 2121 S. Pantano Rd., Tucson, AZ . Arrangements by Funeraria Del Angel.