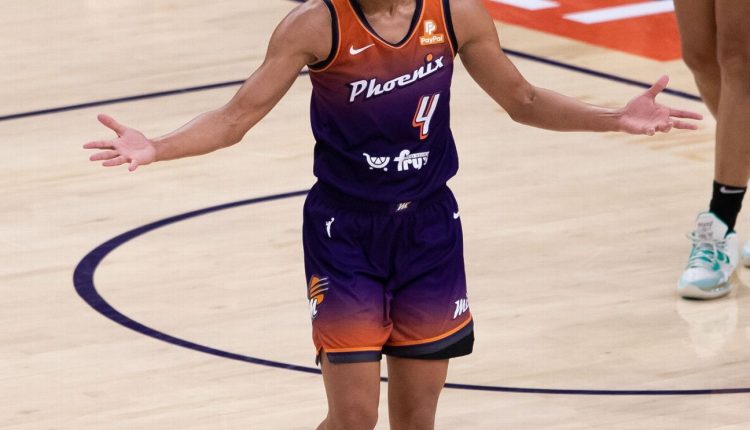 The WNBA fined Phoenix Mercury president Vince Kozar an undisclosed amount Friday for a tweet criticizing the officiating after his team’s 90-80 victory over the Los Angeles Sparks on Thursday.

“The officiating that was on display in Phoenix tonight was an embarrassment to this league, unworthy of its players and unfair to its fans,” he tweeted. “And y’all know exactly who I’m talking about.”

Phoenix guard Skylar Diggins-Smith was ejected after picking up two technical fouls with 7 minutes, 48 ​​seconds left in the game. First, she was called for a foul on Jordin Canada, then waved her arms briefly in protest, ran away from the play and was T’d up by official Cheryl Flores. Then, she walked back up the court clapping and was called for another technical by Flores, prompting her ejection.

Later in the fourth quarter, Phoenix’s Diana Taurasi had a foul call upgraded to a flagrant foul 1 after an officials’ review.

Diggins-Smith, an All-Star and league MVP candidate this season, finished with 27 points and six assists. Taurasi had 30 points and six rebounds for the Mercury, who are in sixth place in the WNBA.