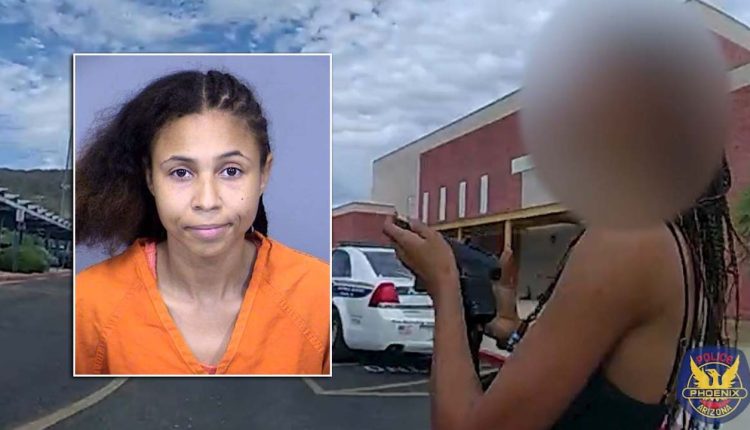 Phoenix officer stops woman who had gun at school

PHOENIX – Police have released body-camera video that they say shows an officer stopping a potential shooting at a school in northPhoenix.

In the video, a woman is seen pulling a gun out of her bag at Mountain View School near Seventh Avenue and Peoria on Sept. 22.

An officer quickly grabs the woman to prevent her from doing anything.

“When it comes to protecting your children, there is no time to waste when we see a threat,” Phoenix Police tweeted. “Thanks to the heroic actions of this #PHXPD officer, a possible shooting at a school was prevented.”

The woman with the gun, identified as 29-year-old Desira Featchurs, was arrested and booked into jail. She is accused of endangerment and carrying a weapon on school grounds.

Police say Desira Featchurs, 29, was arrested for pulling a gun out at Mountain View School in north Phoenix.

New poll is a roadmap to Republican grievance in 2022

Rancher flown to Tucson for surgery after being shot