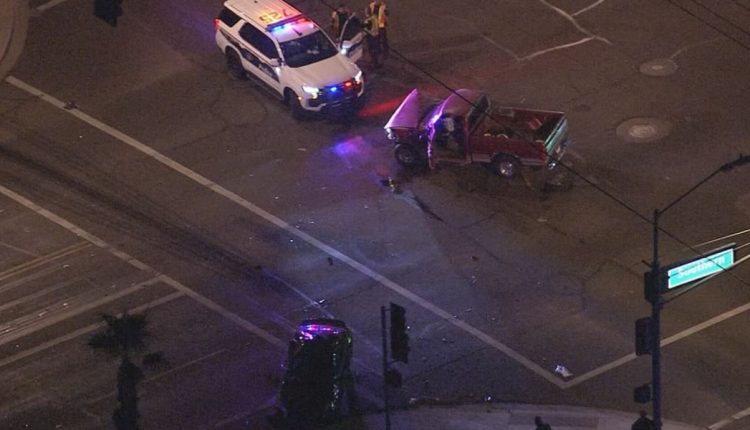 PHOENIX (3TV/CBS 5) — A woman and her baby are in the hospital after a crash in Phoenix on Tuesday night. Phoenix firefighters were called out near 16th Street and Southern Avenue and found two cars involved in the crash. No one had to be rescued out of the cars, but a woman in her 40s and a baby were taken to the hospital with non-life-threatening injuries.

Arizona’s Family news chopper was over the crash and saw a pickup truck in the middle of the intersection with significant damage. The second car was sideways near a light pole.

Police say the second driver didn’t have any injuries. Crews are investigating what led up to the crash.