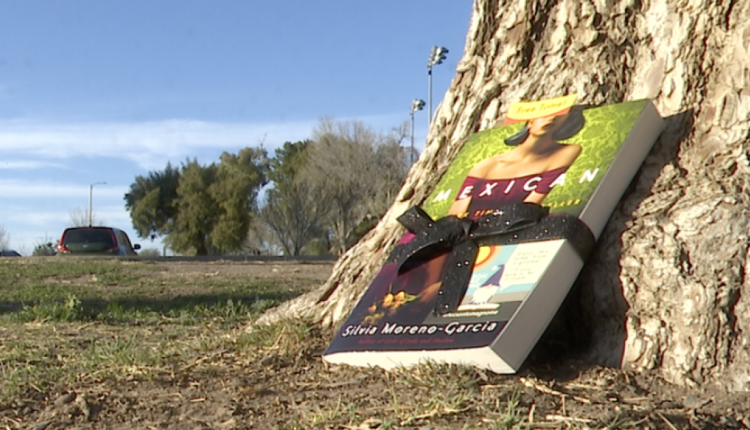 TUCSON, Ariz. (KGUN) — It was a sunny weekday afternoon and three women walked around Himmel Park with a handful of books and a mission.

“We select a book, buy 30 copies of that book and hide the book all over Tucson,” said Emily Walsh.

Emily Walsh, Jody Hardy and Mary Ellen Flynn came together to create the “Tucson Tome Gnome.” They launched just a few months ago and have since hid over 100 books around neighborhoods, parks and other places you wouldn’t expect.

“We want to pick books that are incredibly inclusive. We prefer diverse authors. We just want something that anyone who stumbles upon it will pick up and have a moment that resonates with them,” said Hardy.

The kind gesture has already resonated with one family.

“We walked by and picked up the book. My wife had wanted to read that book. She’s read it every night since,” said Giovanni Avila.

The books are a simple gift that often mean something more.

“An email we received on our website was really touching. It was from someone who found a book and said they’ve never been able to get themselves a new book. They said it really made their day and it made our day,” said Flynn.

The community rallied around the Tucson Tome Gnome and helped them raise over $5,000. It’s enough money for the group to keep hiding books for the rest of the year.

“People seem to really love this and love the idea of ​​something that is just so random and kind with no real purpose excepy to bring someone a surprise sense of joy. It’s something fun for them to read,” said Walsh.