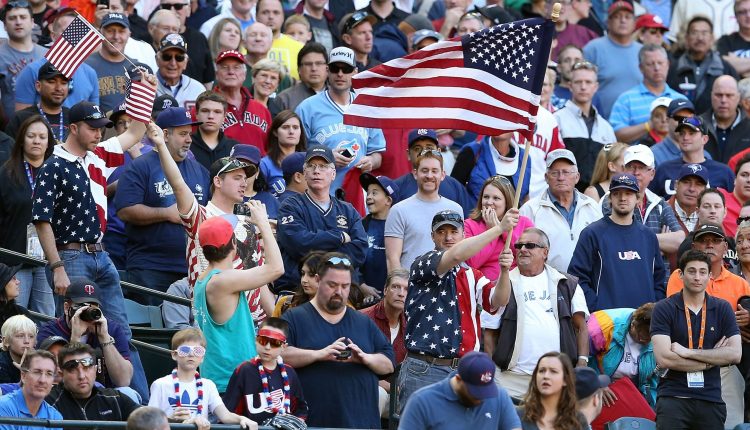 PHOENIX — The first round of the World Baseball Classic will again be hosted in Phoenix in March, which is expected to provide even more of a boost for the area during a popular time for tourism.

Chase Field from March 11-15 will play host to the United States, Mexico, Canada, Columbia and a to be determined qualifier, the same teams as when the venue hosted the event in 2013 and 2006.

“We had great travel across the border, both from Canada and Mexico,” Arizona Diamondbacks CEO Derrick Hall told KTAR News 92.3 FM. “We saw the impact that it had.”

“An economic impact where you can lift $30-35 million and place it into the city of Phoenix when it comes to lodging, food and cars and dining. It’s been a real big success.”

Another nearly 5,000 fans attended the one game that took place at Salt River Fields at Talking Stick in Scottsdale.

The World Baseball Classic will take place at the same time as spring training when 15 teams play across metro Phoenix.

“We always try and convince Major League Baseball that we should be at least first-round hosts, and it makes a lot of sense,” Hall said. “We have so much focus in March on baseball with spring training, all the visitors that we have, mostly domestic visitors who are coming to see their Major League teams. This ensures that we can have international visitors as well.

“It’s important for us to host because we do have so many baseball fans down here at that time and it really is a mecca for baseball.”

Hall expects the event to be a boost for downtown Phoenix, which still draws visitors even though Chase Field is usually not occupied in March.

“For them to come down and watch games and then others from international origins to come see their teams as well, it makes for a nice mix and it pumps a lot of much-needed money at the time into the city of Phoenix.”

Taichung, Taiwan; Tokyo, Japan; and Miami, Fla. will also be hosts for the 2023 World Baseball Classic.