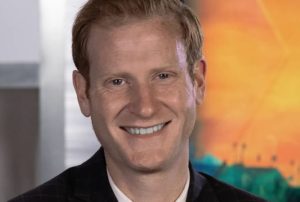 TODAY AT SUBSTACK: If you’ve signed up for free emails at Substack, you will receive today’s feature story at your inbox: If a news station in Yuma, of all places, put on something that Scientology didn’t like, would the church throw a conniption fit like it does for stuff in the LA Times? Apparently so. [What is this Substack thing, anyway?]

“Probably the greatest discovery of Scientology and its most forceful contribution to the knowledge of mankind has been the isolation, description and handling of the human spirit. Accomplished in 1951 in the month of July, in Phoenix, Arizona, it was established along scientific rather than religious or humanitarian lines that that thing which is the person, the personality, is separable from the body and the mind at will and without causing bodily death or mental derangement.” — L. Ron Hubbard, 1956 THE PROSECUTION OF DANNY MASTERSON

We first broke the news of the LAPD’s investigation of Scientology celebrity Danny Masterson on rape allegations in 2017, and we’ve been covering the story every step of the way since then. At this page we’ve collected our most important links as Danny faces a potential sentence of 45 years to life in prison. NOW WITH TRIAL INDEX. THE PODCAST: How many have you heard?

— SPECIAL: The best TV show on Scientology you never got to see

— SPECIAL: Your Proprietor’s updates on the Danny Masterson trial

“Nineteen fifty-one, I rolled up my sleeves and started to investigate the Whole Track. Because in late 1950 it had started to raise its ugly and unseemly head. And auditors who would run into it and try to audit it and pcs who dare bring it up, of course, ran into a considerable social ostracism of one character or another. That was not done. The first Foundation board tried to pass a regulation, a board ruling to the effect that nobody would ever look at, believe in or investigate past lives, and so forth. And yet auditors in auditing them kept running into them, you see? So that probably was the basic split-up of the first Foundation. The first Foundation wanted to sit there comfortably and just grind on and on in present-life engrams and consider that we had it all made and they wanted no further research or investigation of any kind whatsoever. Well, that wouldn’t go and that was that, because auditors were not turning out the results they should have turned out if one had only lived one life. So in 1951 this — I didn’t fly in the teeth of this. I would have investigated anything. I mean, there’s no real resistance on my part. You show me something, tell me I can’t investigate it, I’m liable to investigate it. You show me something and tell me I can investigate it, I’m liable to investigate it. I mean, there is no influence in that line. I, just down through the trillennia, I have not paid attention to and/or paid no attention to people who have told me not to look. I just have not paid any attention to this one way or the other. This, of course, adds up to a total neglect of the ‘finer sensibilities,’ I think they’re called, of other people. The finer sensibilities, I think, is another way of expressing the idea ‘he’s too yellow to look.’” — L. Ron Hubbard, January 25, 1962

“If you can tolerate running your legs off, getting grey hairs, bags under your eyes, streteched wits in the course of a day’s work amongst the living lightning, these could be a place for you in the Office of the LRH Comm Flagship. You’ve no idea what it takes at times to get an order duplicated, activated, executed and completed! Cats with some lives left who want it hot and dangerous can volunteer for the hottest spot aboard. Drop me a line — today — saying WHY you want a job with LRH Comm Flagship and I’ll look it over.” — LRH Comm Flagship, January 25, 1971

Overheard in the FreeZone

“Recently a friend of mine had a crash, he told his mother and his mother fell to the ground an hour later, injuring herself. She had an accident, which is a PTS condition according to Scientology theory. There must also be an SP, according to the same theory, but, who’s suppressing her in that case? See? She had an accident, which links to a PTS condition, but the triggering was to be told bad news, to be told by his son that he had just crashed. Yes, she might also be connected to antagonistic terminals in present time as well as in the Whole Track, but the trigger at that incident was to learn about the crash. You can examine your own life and see if that’s true for you.”

1997: Jeff Jacobsen reported having lunch with two Scientologists this week, who tried to persuade him to take down the Lisa McPherson web page and to stop the upcoming picket in Clearwater to protest her death. “To sum up, it seemed that they basically wanted a few things from me; 1) don’t mention the OT stuff next time I’m interviewed, 2) tone down my web page, 3) dump the Lisa McPherson page, and 4) stop organizing pickets of the church. #4 was the most interesting to me. They tried to imply that my calls to picket are dangerous because unstable people might join the picket and shoot someone or do something harmful. Their proof of this theory was a big stack of a.r.s. posts from names I don’t recall saying things like ‘bring a gun to your local picket and shoot up the place’, and ‘henri’s’ post stating ‘bomb your local Church of Scientology.’ I protested that there could be nuts on both sides and that us picketers are in just as much danger from crazy people as the Scientologists. I also reminded them that my demonstration page (http://www.primenet.com/~cultxpt/demo.htm) has *always* promoted a peaceful, non-violent picket,and I even quote Gandhi and Vaclav Havel. But they didn’t seem moved by these arguments. The worst part of the lunch was at the end, when the LA person began to apparently run the security check drill on me. She had previously accused me of being a liar, and now she asked me if I’d ever bombed a building. I said no. She asked if I had ever murdered someone. I grabbed my notebook and left. She followed me out trying to engage me in more conversation, which I refused to do.”

Full Court Press: What we’re watching at the Underground Bunker

After the success of their double-Emmy-winning, three-season A&E series ‘Scientology and the Aftermath,’ Leah Remini and Mike Rinder continue the conversation on their podcast, ‘Scientology: Fair Game.’ We’ve created a landing page where you can hear all of the episodes so far.

LEAH REMINI: SCIENTOLOGY AND THE AFTERMATH

An episode-by-episode guide to Leah Remini’s three-season, double-Emmy winning series that changed everything for Scientology watching. Originally aired from 2016 to 2019 on the A&E network, and now on Netflix.

SCIENTOLOGY’S CELEBRITIES, from A to Z

Find your favorite Hubbardite celeb at this index page — or suggest someone to add to the list!

Other links: SCIENTOLOGY BLACK OPS: Tom Cruise and dirty tricks. Scientology’s Ideal Orgs, from one end of the planet to the other. Scientology’s sneaky front groups, spreading the good news about L. Ron Hubbard while pretending to benefit society. Scientology Lit: Books reviewed or excerpted in a weekly series. How many have you read? Our new book with Paulette Cooper, Battlefield Scientology: Exposing L. Ron Hubbard’s dangerous ‘religion’ is now on sale at Amazon in paperback and Kindle formats. Our book about Paulette, The Unbreakable Miss Lovely: How the Church of Scientology tried to destroy Paulette Cooper, is on sale at Amazon in paperback, Kindle, and audiobook versions. We’ve posted photographs of Paulette and scenes from her life at a separate location. Reader Sookie put together a complete index. More information can also be found at the book’s dedicated page.

Check your whale level at our dedicated page for status updates, or join us at the Underground Bunker’s Facebook discussion group for more frivolity.

Tony Ortega at The Daily Beast