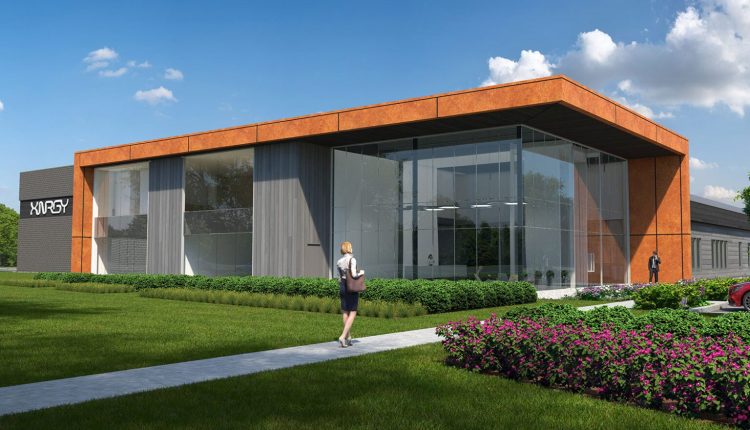 XNRGY, one of North America’s largest manufacturers of custom air conditioning, announced the construction of a new state-of-the-art manufacturing facility in the Phoenix area that will serve as the company’s headquarters.

XNRGY is growing exponentially due to high demand for its world-class air conditioning technologies. XNRGY’s state-of-the-art, 1 million square foot facility represents an estimated investment of $300 million and will create more than 900 jobs for residents over time. The Arizona facility will increase XNRGY’s total manufacturing capacity to 1,250,000 square feet, including the expansion of Montreal to a 250,000 square foot facility.

“We are grateful that XNRGY has chosen Arizona as the location for its US headquarters,” said Gov. Doug Ducey. “XNRGY’s investment strengthens Arizona’s supply chain and demonstrates once again that there is no better state for advanced manufacturing. The establishment of XNRGY will create hundreds of high-paying jobs for Arizona residents and expand our state’s skilled workforce.”

“Sustainability and environmental sustainability are more important than ever as we race against the clock to save our planet,” said Wais Jalali, Chairman and CEO of XNRGY Climate Systems. “This is an important task for each of us. I personally challenged XNRGY to meet the Paris Climate Agreement requirements by 2030, 20 years ahead of schedule. Through innovative design and manufacturing, we will offer effective systems and achieve this goal of reducing the energy consumption of buildings.”

The new Arizona facility will increase XNRGY’s manufacturing footprint by a factor of eight. This new best-in-class facility will focus on research and development and drive innovation to facilitate the rapid growth and demand for XNRGY’s mission-critical climate systems in sectors such as life sciences, healthcare, data centers, semiconductor cleanrooms and battery manufacturing. The application of vertical integration, full automation and the elimination of supply chain delays will accelerate product delivery and significantly reduce product lead times compared to the industry average.

“These are very exciting times! With our two state-of-the-art facilities working together to manufacture world-class air conditioning systems, XNRGY is able to provide exceptional service to our customers from the East Coast to the West Coast. World-class engineers have already been hired to meet the increasing demand for our advanced technologies,” said Sham S. Ahmed, President and General Manager, Montreal-XNRGY Climate Systems.

“XNRGY’s new manufacturing facility underscores the state’s desirability as a destination for manufacturing excellence,” said Sandra Watson, President and CEO of the Arizona Commerce Authority. “XNRGY brings its state-of-the-art operations to Arizona, underscoring the state’s dynamic industrial manufacturing sector. We are grateful to XNRGY for their commitment to Arizona and look forward to helping them build their first facility in the US.”

XNRGY creates solutions that don’t use millions of gallons of water a day. These systems integrate highly efficient refrigerant systems coupled with proprietary machines that move the air. Immersion cooling is the next step. XNRGY wants to be part of the solution to cooling hyperscale data centers without millions of liters of water per day.

Renowned global architecture firm Gensler were commissioned to design this state-of-the-art manufacturing facility. Construction work will start in June 2022, with the first phase expected to be completed in the first quarter of 2023. Phase one consists of 250,000 square feet of Class 100,000 clean room manufacturing facilities. All construction phases are scheduled to be completed by June 2025.

“XNRGY is a transformational company that is transforming how an entire market evolves and integrating sustainability to create immeasurable impact in Arizona and the world,” said Martha Abbott, CEO of Gensler. “We are honored to work with a company whose vision and values ​​for the future of the built environment align with ours.”