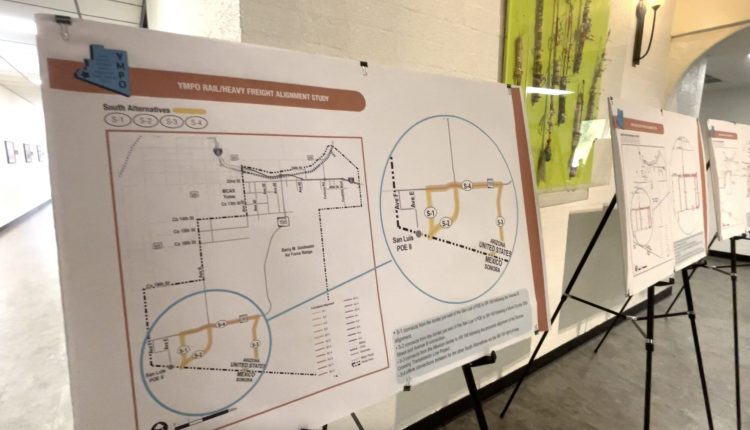 YUMA, Ariz. (KYMA, KECY) – Dozens of locals are saying “not in my own backyard,” to a proposed train corridor that could run right through Yuma.

But many locals are asking, why here?

This proposed project is expected to bring economic development to Yuma and allow for more imports for business owners.

YMPO says if the bad outweighs the good for this corridor, it might not even happen.

Chris Joannes of the American Institute of Certified Planners was at the meeting and answered one local’s question about what benefits this project would bring to the area.

“For economic development purposes,” said Joannes. “Now that may or may not directly benefit you all and that’s exactly the feedback we’d like to hear. That you’re not as worried about that as many some of the other residents or stakeholders in the area are.”

YMPO’s Charles Gutierrez, says they had positive feedback for the project during their two July meetings, but welcome the recent opposing opinions.

“If it outweighs that the favorability is positive that they don’t want it to happen, well then that’s the option,” said Guiterrez. “If the community and the technical advisory committee and the executive board feel that this was a viable and there is an actual option then we’ll go that degree.”

He encourages locals to reach out to them and express their opinions ahead of the next public meeting for this study.

Yuma local leader among chosen for Arizona’s Historic Infrastructure Board