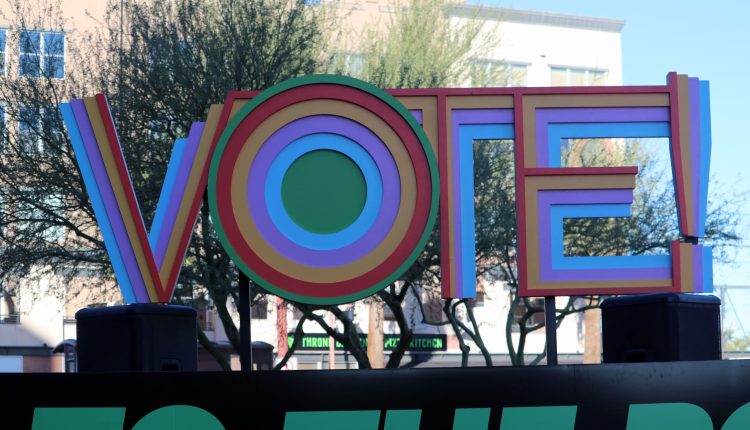 Young voters are an increasingly powerful segment of the Arizona electorate and helped propel Democratic candidates to key victories during the midterms, but experts and voting advocates say the bloc still has a lot of room to grow.

Voters 65 years and older make up 28% of all registered voters in the state, while only 10% are between 18 and 24 years old and another 16% are between 25 and 34, according to estimates from Sam Almy, a data analyst for Democratic consulting firm Uplift Campaigns.

While those two younger generations — roughly the Millennial and Gen Z voters — are only slightly less than the total Baby Boomer voters, there’s little comparison in terms of actual participation in elections. Boomers turnout at much higher rates and made up more than two in every five voters this election, compared to about one in every eight voters coming from the younger generations.

And because Millennial and Gen Z voters hold more liberal views, they are an important emerging voting bloc for Democrats.

“The Democratic Party is always looking for the youth vote,” he said. “The younger voters tend to vote more liberal, the only problem is that they don’t always turn out in the numbers that are needed.”

Almy’s analysis of currently available early voting results from the midterm election found that only about 13% of early ballots were cast by younger voters, while those 65 and older made up as much as 42% of early returns. (More than 80% of Arizona voters cast an early ballot this year.) Almy expects those percentages to grow once Election Day data becomes available, but doesn’t see the share of young voters surpassing the older portion of the electorate.

Still, Almy said, in a swing state increasingly defined by close races, every vote counts. The gubernatorial race was decided by fewer than 20,000 votes out of nearly 2.6 million ballots cast. The race for attorney general was even narrower, with just 510 votes separating the two candidates when counting was completed.

“Most of the voters are going to be aged 65 and older,” Almy said. “In 2018, over half of the voters were over 55. But the thing is, when you get to where Arizona is in politics, and all these statewide elections are coming right down to the wire, a small percentage of voters can swing that.”

For Cristina Tzintzún Ramirez, that potential to sway close-fought elections is precisely why young voters shouldn’t be dismissed. Tzintzún Ramirez is the executive director of the Arizona branch of NextGen America, a progressive youth advocacy group and political action committee that contacted young voters across the state through texts, phone calls and in-person meetings ahead of the midterm elections.

This year was a clear example of what a mobilized youth voting bloc can do, she said. Exit polls estimate that 76% of young voters in Arizona who did show up overwhelmingly voted for U.S. Sen. Mark Kelly’s reelection bid, and 71% of them cast their ballots for Katie Hobbs in the race for governor. Voting in higher percentage points for Democrats allowed the group to cancel out the influence of the Baby Boomer vote, Tzintzún Ramirez said, and helped them cripple the widely predicted but unsuccessful red wave.

In the past three election cycles, young voters have turned out in record numbers in Arizona, and Tzintzún Ramirez expects that trend will be cemented once all the data from this year’s midterms is gathered. At the national level, the midterms saw the second-highest turnout among young voters since 2018.

While final turnout results for this year’s midterms can’t yet be fully calculated, the outcomes of the U.S. Senate and gubernatorial races are a promising sign that the group’s influence hasn’t diminished, said Kristi Johnston, a spokeswoman for NextGen America.

“2020 was the first year in 30 years where Arizona flipped blue for the first time and that was due to young voters and young voters of color,” she said. “This year has been a strong testament to the fact that those voters aren’t going away.”

While she agrees that the numbers signal an increasingly consequential future for the voting bloc, Tzintzún Ramirez cautioned against taking its support for granted. The margins for victory in a battleground state like Arizona are too narrow to cut back on voter mobilization efforts, even if young voters tend to vote more reliably Democrat than the rest of the electorate.

“Democrats and progressives would be naive to think that they have the youth vote on lockdown if they’re not going to spend the time and money fully investing in it,” she said.