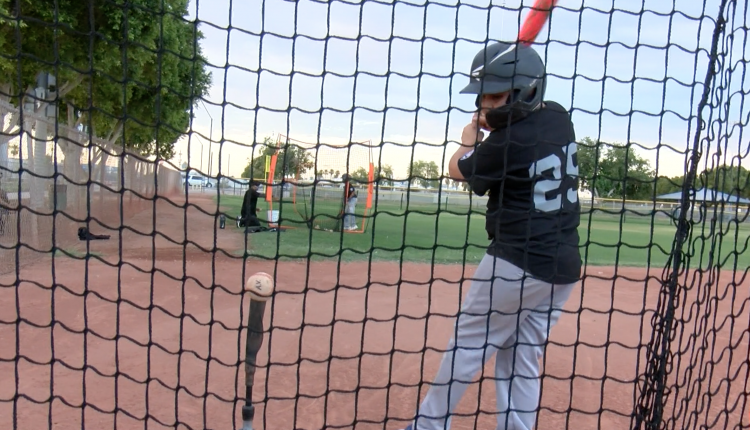 After defeating Calexico’s 10U squad to represent District 22, the best of the best in Yuma are ready to compete – 13 On Your Side’s Luis Lopez reports

YUMA, Ariz. (KYMA, KECY) – The best of the best from the 10U Yuma Boys Baseball League will be heading to El Cajon on Saturday, July 16 for a regional tournament.

There, they’ll face the representative from District 45.

Head coach Lorenzo Gonzales says one of the most vital aspects about his team is how each player can play all nine positions.

“They work to get to where they’re at, so I can switch out player left and right whenever I need to, so that’s what’s good about the all-stars you got different players that play different positions, which is pretty good,” Gonzalez said.

Positional versatility is something helping the players develop as well.

Player Carter Rodriguez says his favorite position is shortstop, but during his time with the All-Stars, he’s taken over different outfield spots.

The All-Stars’ first game will be at 1:30 pm this Saturday.