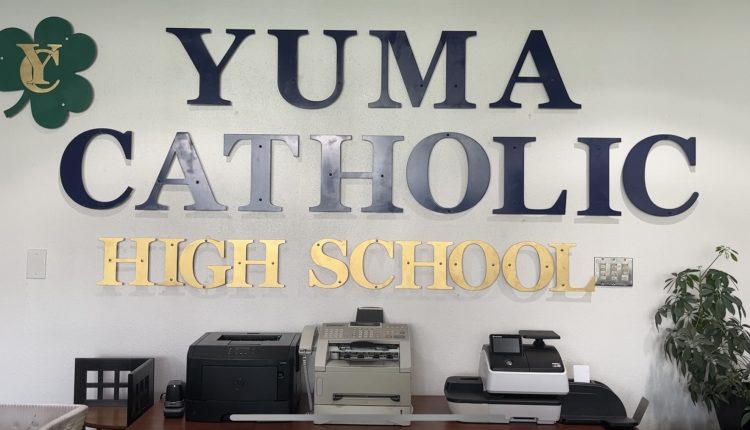 The PSA campaign is designed to provide messages of hope to fellow teens who may be struggling with depression, anxiety or thoughts of suicide.

The messages let teens know they are not alone and encourage them to seek help if they feel depressed.

According to Teen Lifeline, the PSAs will be seen throughout the month of September on the players’, teams’ and schools’ social media channels and will be broadcast during morning announcements on the high school campuses when possible.

Stallworth says he’s experienced someone taking their own life and he doesn’t want that to happen again.

“When I was little, there was a kid on the football team here that I really looked up to when I was little growing up and he ended up ending his life his senior year of high school and even growing up, being that little, it still had a pretty big effect on me,” Stallworth explained.

Alex Olsen is the name of the student athlete Stallworth looked up to and says he thought he was the coolest person in the world.

“Football Camp, I’d mess with him, make him mad, he’d make me laugh. He bullied me a little bit. Make sure I’m in check. In the games I would always cheer him on. Practice, I ‘d always mess with him. And then I had my sister walk in the room one day and tell me what happened, that he had committed suicide. And as a kid, you just kind of, I was overwhelmed a little bit,” continued Stallworth. “I don’t really know how it quite affected me. I didn’t really understand what it was, but I can only imagine what his family felt, what his best friends felt. Everything that just went on, I feel like it was a terrible situation and I just knew I didn’t want to put my family through that.”

Stallworth says he wants to let his peers know they are not alone.

“Because sometimes everyone wants to give up and there’s too many kids my age that end their lives of stupid things that happen in school,” Stallworth continued. “People bullying them and it’s good to know someone’s there for you if you need to talk to someone, someone’s always there for you no matter what.”

According to Nikki Kontz, Teen Lifeline Clinical Director, their suicide prevention hotline received more than 20,000 calls and text messages from troubled youths throughout Arizona in 2021, which was a 50% increase in calls and texts in 2021 compared to 2019.

Kontz says drastic changes in someone’s behavior are what too look out for.

She says if you notice these changes, the first thing to do is tell them you’re worried about them and ask them if they’re okay.