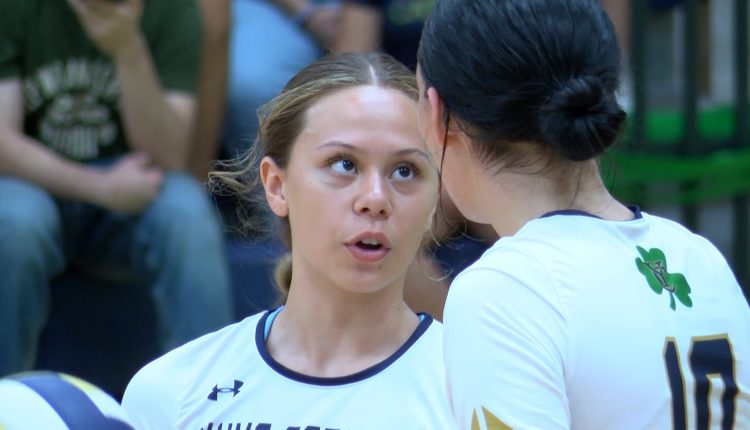 YUMA, Ariz. ( KYMA, KECY-TV ) – The Yuma Catholic Shamrocks volleyball team opened their season on the road on Tuesday and fell to the Holtville Vikings in straight sets. On Wednesday the Shamrocks opened their home schedule against another tough for from the Imperial Valley, the Central Spartans.

The Spartans entered the contest as the defending CIF San Diego Section Division V champions and also entered the Carol McElhany Oden gymnasium in search of their fourth consecutive win.

With the win, Yuma Catholic improves to 1-1 on the season and next will welcome Brawley to Yuma on September 6th. Central drops to 5-4 and will host undefeated Holtville on September 8th.