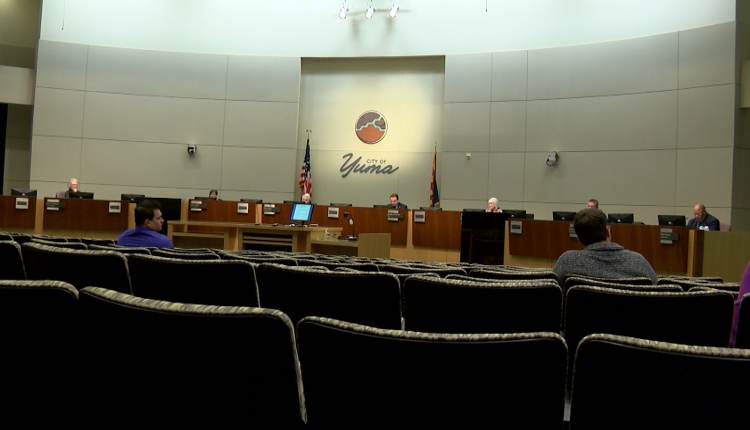 YUMA, Arizona (KYMA, KECY) – Yuma City Council held its first public session of the new year. There is something on the agenda that will affect anyone who walks downtown Yuma.

Elected officials talk about possible changes in the city center. The aim is to create more walking space for visitors.

These areas are close to Da ‘Boys, Prison Hill, and The Pint House to name a few.

When businesses reopened a few months after the pandemic, council members passed an ordinance in 2020 that allowed businesses to expand courtyards into sidewalks.

Well, that reduced the walking space for sidewalk traffic.

A new idea was unveiled during the last city council meeting, but Mayor Doug Nicholls added a caveat.

“A venue like Main Street is about being with people and experiencing Main Street together, and when you walk through two or three stores in a row, that character starts to erode.”

“It definitely wouldn’t be a big change, but I think right now I would be looking a little over five feet if the current ADA width is three and a half feet.”

The rest of the council agreed.

At the Wednesday meeting, the Council unanimously adopted the regulation.

Companies with outdoor catering must now ensure that the walkway is at least 1.5 m wide.

We reached out to a few, but many hadn’t heard of it.

Also on Wednesday night, a project to rededicate more than 130 new townhouses near 7E Avenue and 40th Street was underway.

In addition, some schools in Yuma are getting a security upgrade.

“It warns across campus and warns visitors approaching campus that the school is locked in order to clear the premises and alert 911,” said Dale Ponder of Crane Elementary School District No.

The council passed an agreement between the Yuma Police Department and the Crane School District as school officials look for ways to keep students safe on campus.

“The YPD can then get our information, take a look at our cameras to see what is happening on our campus,” added Ponder.

The new year brings new appointments to council and committee positions, including Deputy Mayor Leslie McClendon, who will serve for another year.