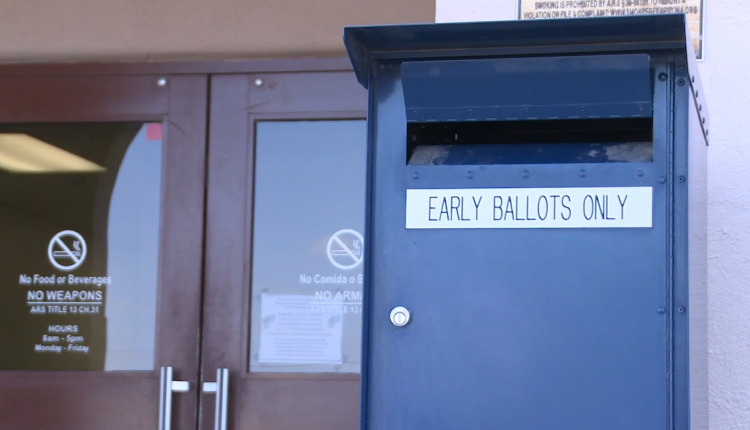 YUMA, Ariz. (KECY, KYMA) – Yuma County announced it would be expanding voting access in San Luis and the Foothills for the general election.

The Yuma County Recorder’s Office is adding two new ballot boxes for early voting to be placed outside of the Foothills Branch Library, and the San Luis Library after the Yuma County Library Director had concerns about leaving library doors unlocked for 24 hours a day.

“She didn’t want to leave that front door unlocked, she said she wouldn’t be able to set the alarm and was worried about people coming in there during the night time hours,” County Recorder Richard Colwell said.

As required under state law, cameras will be installed to monitor the ballot boxes.

“There will be cameras installed to oversee that, it’s a requirement under state law that those be under a camera 24 hours a day,” Yuma County Supervisor Tony Reyes said.

The boxes inside the library will remain, and the two new boxes will be available for early voting ballot drop-off 24 hours a day beginning October 12.

If you did not register to vote in the primary elections the deadline to register for the general election is October 11.