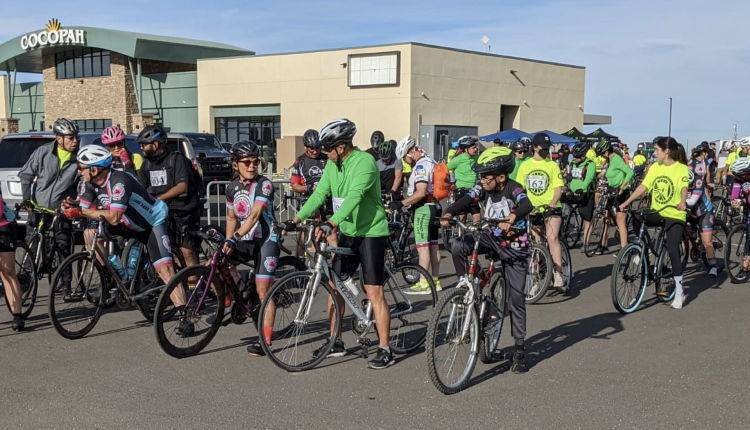 “Every year it is growing, and is a fun activity that showcases what Yuma County is all about,” Anaya said.

For further context, it is an over 20-mile route mostly down Highway 95, with stops at the Cocopah Korner, Somerton, Gadsden, and San Luis.

Not only that, Yuma Mayor Doug Nicholls says the pace is leisurely.

“We are stopping every 3 to 5 miles. So you’ll have a chance to rest,” Nicholls said.

Moreover, bike riders will then head through the San Luis port of entry for a party in the park near San Luis Rio Colorado City Hall, featuring live music plus food and drink vendors.

Additionally, Mayor Nicholls says the San Luis Rio Colorado mayor is meeting riders at the port and will ensure everyone’s safety while in Mexico.

Fortunately, Nicholls adds riders won’t have to wait in line to come back to the US

“We’ve worked it out with customs to get a special fast pass lane to get through, and YCAT will be waiting at the port and can get you back to the convention center,” Nicholls said.

Equally important, riders should still bring the proper documentation to cross back and forth.

Furthermore, both mayors say this event shows the real relationship between Yuma County and Mexico.

“We’re connected. We have a lot of people from San Luis Mexico cross every day to work in our fields,” Anaya said.