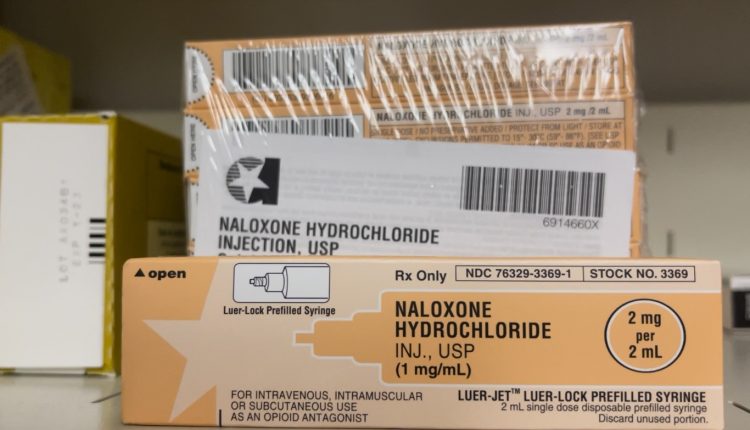 The one-hour virtual training will provide an overview of the connection between trauma and substance use, how to recognize the signs of an opioid overdose, and how to administer narcan.

The Yuma County Public Health Department (YCPHD) says fentanyl is the most common substance found in opioid overdose deaths in Arizona, and as of last year Yuma County has seen the highest number of deaths due to fentanyl overdoses.

Ryan Butcher, YCPHD Communications and Community Engagement Coordinator, says there has been an uptick in fentanyl overdose deaths in Yuma County with 19 in 2019 and 33 in 2021.

So far this year there have been eight fentanyl overdose deaths in Yuma County.

“As far as the fatal overdoses for under 17, fentanyl counts for 95% of that throughout the state of Arizona,” says Butcher.

Butcher says being close to the border plays a big role in locals having access to these drugs.

“So, fentanyl is a man-made opioid. It’s highly, highly addictive, you know, which is part of the problem. The other part of that problem is it’s not regulated,” explains Butcher. “So these are illicitly made in Mexico. You know, through cartels and other means, and you never know what you’re going to get.”

Butcher hopes this training will provide caregivers and family members an idea of ​​what to look for, how to identify signs and how to administer narcan to potentially save a life.

“In an event of an overdose, naloxone really is going to be your best tool to help reverse those effects of an opioid,” says Butcher.

According to Butcher, the drugs are majority being used by those under 40.

One Yuma resident, Rosa Sandigo believes this training should be done monthly and even talked about in schools.

“They can make a presentation to the high schools. That’s where you want to reach,” says Sandigo. “You want to reach our teenagers. Those are the ones that are dying and god knows how they get it but they find their ways to get it.”

You can go to this link to view the four virtual training dates and register.