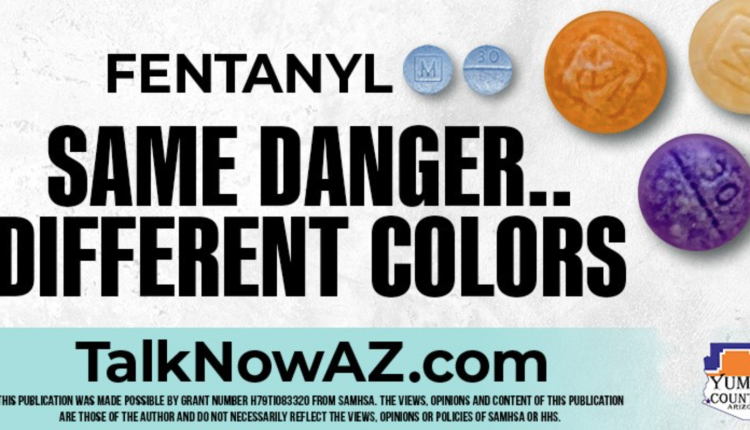 Yuma County warns parents about rainbow fentanyl ahead of halloween

YUMA, Ariz. (KYMA, KECY) – The Yuma County Public Health Services District continues to warn the public of the dangers of fentanyl, but this time it looks like candy.

While many are aware of the illicit “M30 pills” that contain fentanyl, there is a new “rainbow fentanyl” circulating in our community.

The Yuma County Health District says, with Halloween approaching, parents need to make sure they are checking their kids’ candy and not allowing them to eat anything until it has been inspected by them.

The local health department says if parents find anything in candy boxes that they believe might be narcotics, immediately notify their local law enforcement.

Fentanyl is a powerful synthetic opioid, similar to morphine but 50 to 100 times more potent.

The DEA says rainbow fentanyl is an effort by drug traffickers to drive addiction among kids and young adults.

And according to DEA lab testing, four of every ten fake fentanyl pills contain a potentially lethal dose, and there is no way to know which pill has the lethal dose.

In addition to awareness, the Yuma County Health District recently started its Naloxone Distribution program, which provides Naloxone to any agency or organization that is interested.

Naloxone is a medication approved by the Food and Drug Administration (FDA) designed to rapidly reverse opioid overdoses.