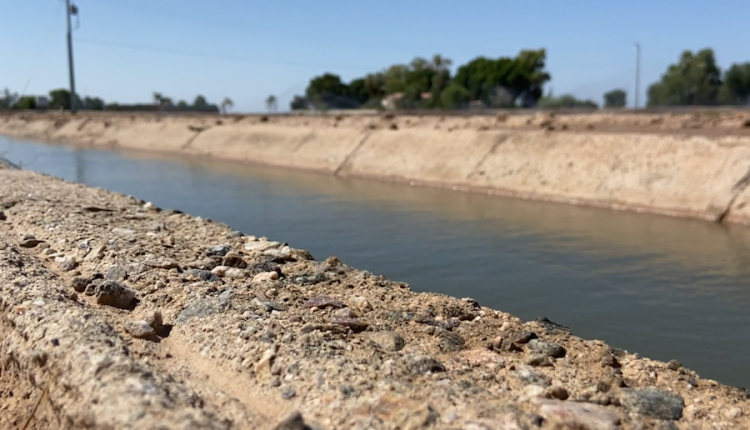 And locally in the desert southwest, even though current water rulings aren’t affecting us directly, our agriculture industry is also preparing for what could come next.

The Colorado River is the main water supply for the Yuma region.

And although our region only uses a fraction of the river’s water, our agriculture industry relies on it to be able to grow crops 365 days a year.

The federal government announced last week that the Colorado River will face a tier 2A shortage condition starting in January.

Arizona is one of several states battling this drought and will be taking a cut in water deliveries of almost 600-thousand acre feet.

However, the general manager of the Yuma County Water Users’ Association…says this shortage is not affecting Yuma County just yet.

Yuma County still has one of the most senior water rights along the river, due to our strong agriculture industry.

“If we lose our water here in Yuma, we’re going to lose that whole industry, plus there’s no other place in the United States that type of produce can be grown to the volume that we grow it here in Yuma in the wintertime, said Davis.

Davis says a plan is in the works to cut back before it’s too late.

“We will lessen the effect of the cuts and we will push them back year after year and possibly then outlast the drought,” said Davis.

Davis adds that we have to remember agriculture is a manufacturing business.

“All we’re doing with that water here is manufacturing food, for your table, and oftentimes directly from the field to your table,” said Davis.

Which would not be possible without Colorado River water.

Pluto demoted to dwarf planet in 2006