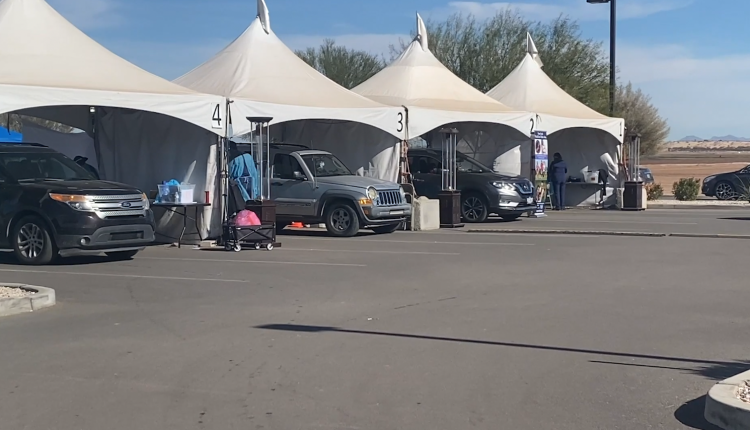 YUMA, Ariz. (KYMA, KECY) — High COVID-19 cases are being reported in both Yuma and Imperial Counties on Wednesday. The counties also have high positivity rates.

This means that around three out of ten local people being tested in Yuma are currently COVID positive.

That’s a jump we haven’t seen since that time last year.

The high positivity rate really reflects the increase in testing and how many people are testing positive. Things have been going uphill since mid-December.

“31% of all tests come back positive, and that’s a high number compared to what we saw in July when our positivity rate was about 6%,” said Diana Gomez, director of public health for Yuma County.

As of last week, many of these have been confirmed as Omicron variants by those sent for further analysis.

“As we continue to get more reports back, we’re seeing a higher number of these percentages of tests coming back positive for the Omicron variant. So we know there’s a higher prevalence now,” she explained.

But what about positive cases that go unreported?

“People are often only tested because they have symptoms. So we expect that although we’re reporting a high number, the number is probably too low, the number of actual cases is actually higher because many people are asymptomatic or don’t get tested until they have those symptoms. said Gomez.

Other positive results are not reported with a rapid home test kit.

Her advice, see your doctor and don’t wait.

“There are certain therapies, like monoclonal antibody therapy, or some of the antiviral pills that have just been approved [can only be administered] early in the contagious period.”

If you test negative on a take-home test while showing symptoms of COVID, you should consider retesting with a PCR test.

Here’s why: “You’re actually more likely to get a false negative on these take-home tests because they’re antigen tests. So if you are symptomatic and this test comes back negative, you should have a confirmatory PCR test. We just want people to be safe,” Gomez explained.

I had the opportunity to speak to the head of ADHD emergency preparedness on Monday. Her team and other doctors we spoke to expect cases to peak in a week or two.

She says it’s based on trends she’s seeing across the country.