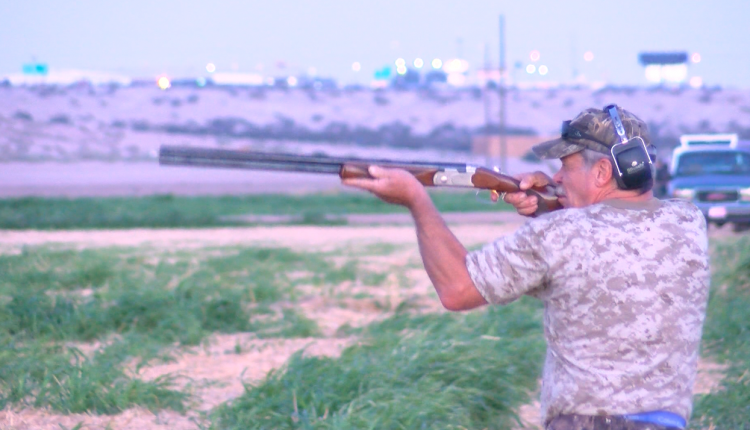 Yuma dove hunters have a successful start to the 2022 season

Jeff and his dog Zeus scouted out a hunting spot just days before the season opened, and there were plenty of doves to go around.

Zeus collects the doves after they’ve been shot.

The morning wind also factored into the hunt.

“Usually you’re leading them only 18, 20 inches but with this wind, you gotta lead them like 4 feet,” Jeff said.

While doves may seem like small targets for hunters, the casings they use to shoot help them cover as much area in the sky as possible.

“When it comes out of the gun the wad spreads open, and the pellets start to spread,” Harry said.

Hunters can shoot 15 doves a day with a limit of 10 white-winged doves through September 15th.

Eurasian doves do not have a bag limit and can be shot year-round.

The Yuma County Sheriff’s Office is reminding hunters they can not shoot their gun within a quarter mile of an occupied residence without the owner’s explicit permission.

You also can’t shoot over a maintained road or railway.

A person may not trespass on private property for taking wildlife if that property is posted “No Hunting”, “No Trespassing”, or if a person is asked to leave by the owner.

And finally, they say trash left behind is unacceptable, which can include shotgun hulls and remnants of dead wildlife.