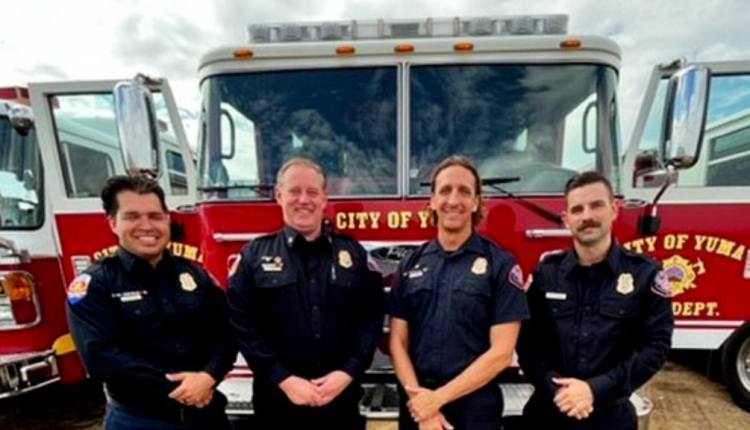 YUMA, Ariz. (KYMA, KECY) – The Yuma Fire Department (YFD) and Imperial Valley strike team were demobilized from the Fairview Fire in Hemet, California and the YFD team came back to Yuma safely around 3:30 pm on September 12.

YFD was deployed to Hemet, California to help put out the Fairview Fire along with the Imperial Valley strike team on September 7, where they both met up in Westmoreland, California and worked in 24-hour shifts to help protect the community and put out fires in hot spots.

The City of Yuma Fire Department said, “The returned YFD personnel will be resuming their regular duty assignments. Those from our department who returned back this afternoon were Fire Captain Brandon Case, Fire Engineer John Anderson, Firefighter Eric Mendivil, and Firefighter Christian Kutas. We are glad to have them back and congratulate them and the rest of the Imperial Valley Strike Team on a job well done!”

Phoenix, we might have a problem! Do Devin Booker And Kendall Jenner’s PDAs At US Open Signal Kardashian Curse?