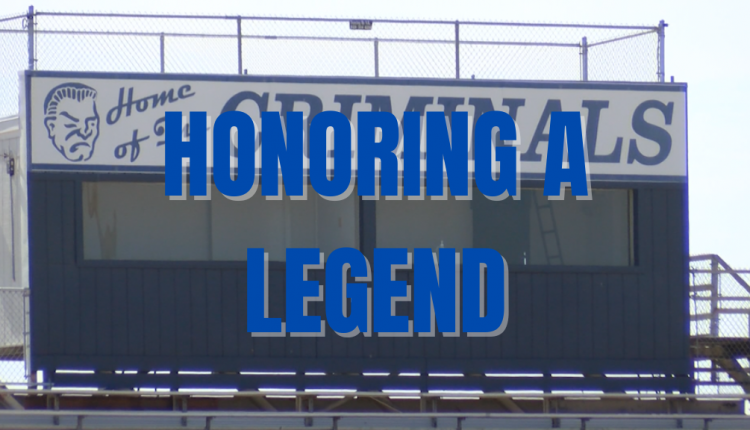 Culp graduated from Yuma High in 1964, going on to play for Arizona State.

After his time as a Sun Devil, Culp played in the NFL for 14 years with four different teams, including seven with the Kansas City Chiefs, with whom he won Super Bowl III.

The move comes after the Yuma High School Hall of Fame committee asked for the name change to be made.

Committee member Tim Painter was a personal friend of Culp’s, and was happy to try the change for the former player’s family.

“He is a kind, humble and happy man, he is greatly missed, I consider him a very close friend, and we’re just glad that his family is going to be able to see his name up on the stadium at Yuma High School ,” Painter said.

YUHSD board member Phil Townsend remembers Culp as someone who never forgot where he came from.

“He always remembered Yuma, came back to Yuma, and it’s just very appropriate that we named the Yuma High School football field after such an icon,” Townsend said.

The Yuma High School Hall Of Fame Committee is currently trying to raise money so a sign can be put up at the stadium with its new name.

They will spend the next few months trying to secure funding for the sign, saying their goal is to have it installed before the next Hall Of Fame ceremony in October.