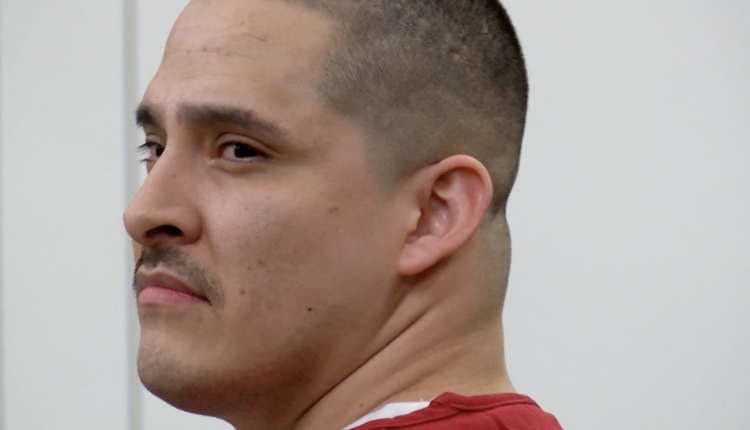 Anthony Guillen sent behind bars for his involvement in 2019 murder

YUMA, Ariz., (KYMA, KECY) – After a short delay in sentencing, 32-year-old Anthony Guillen is headed to the Arizona Department of Corrections to spend over 20 years behind bars after pleading guilty to the murder of a Yuma man three years ago.

Guillen was set for jury trial in September, facing a first-degree murder conviction, along with several other charges including armed robbery.

But in the 11th hour, Guillen decided to accept the state’s plea offer and plead guilty to an amended count of second-degree murder, which also dismissed the other five charges.

In pleading guilty, Guillen agreed to accept a lesser sentence than he would have if he was convicted at trial. Still, the Yuma man will spend over 20 years in prison with credit for 771 days already served.

Guillen, along with Gabriel Aragon, were arrested and charged in August 2020 in connection to the murder of Manuel Gonzalez-Bravo, who was found with multiple gunshot wounds inside a car at a Chevron gas station in Yuma back in March 2019.

It took a year, but the police investigation led to the arrests of Guillen and Aragon.

The other suspect, Gabriel Aragon, has yet to accept any plea offer from the state – but Thursday in court, a settlement conference was scheduled for later this month to discuss the possibility of that.

State prosecutors stated Aragon’s defense had already said they would not accept an offer, but that claim was disputed by Aragon’s attorney.

New plan for Venezuelan migrants will accept some into the U.S., send others to Mexico