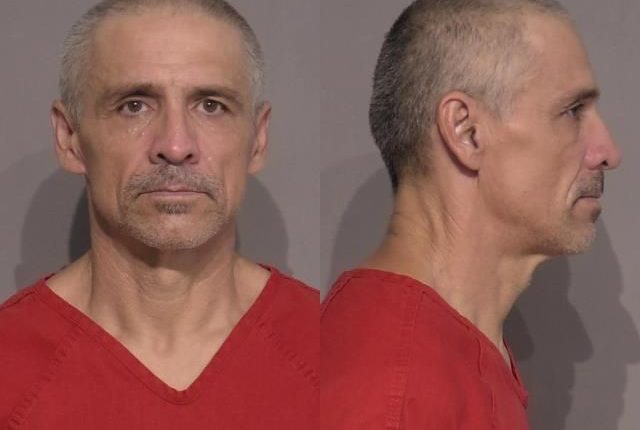 YUMA, Ariz. (KYMA, KECY) – Yuma deputies say a 54-year-old man sexually abused a runaway teen from California and even had a baby with her.

That’s actually what lead them to find her.

A call requesting a standard welfare check unraveled this alleged sexual abuse case led to the discovery of this 16-year-old runaway girl from Woodland Hills, Calif., along with her newborn baby girl.

For two years, no one knew the whereabouts of the teen missing from California since she was 14-years-old, until now.

She was entered into the National Center for Missing and Exploited Children in 2020 after being reported missing, meaning she had been with the man for about two years before his arrest.

The Yuma County Sheriff’s Office (YCSO) says a welfare check showed a newborn baby girl living inside a trailer home on Armeda drive just south of I-8 near the Yuma Foothills.

Also inside, the 54-year-old man and teenage girl.

Several neighbors like Aminta Mendzona confirmed there was nothing out of the ordinary going on from the outside saying it’s a typically quiet neighborhood.

The man living inside the home is Mark Pierson from Yuma.

Deputies tell us Pierson has faced drug, assault and theft charges before.

He’s now facing one count of sexual conduct with a minor and two counts of abuse.

Tania Pavlak of YCSO confirms the baby girl was born inside the home but is in good health.

“Rural Metro actually went out and was able to do a check on the child and the baby was in good health,” said Pavlak.

While the father of the baby was in question, both Pierson and the 16-year-old girl complied with giving that information to deputies.

“It was discovered that he was the father,” said Pavlak. “They both said that they were the parents of the child.”

The newborn baby is now in the care of the Arizona Department of Child Safety.