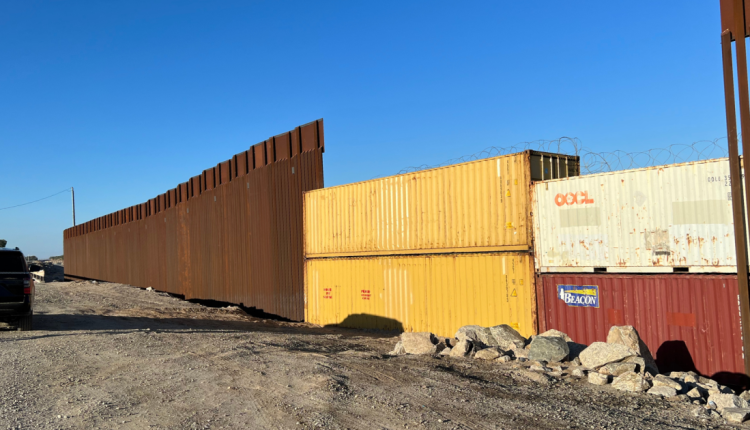 Yuma’s mayor says he supports Governor Doug Ducey in his refusal to remove the shipping container barricades from the southern border.

“We need someone stepping up to control what’s going on, and the governor has done that,” he said.

Mayor Nicholls, a Republican, says the feds’ argument doesn’t hold much weight with him.

“The issue is this, we’re in the throngs of the midterm election, the Republican Party, and Ducey, and others, see immigration, see the border as a red meat issue that they can use to defeat Democrats.”

The Congressman says the barriers should never have gone up in the first place.

But Mayor Nicholls tells us the state’s barriers are doing exactly what they’re designed to do.

“The containers there really do help control the flow. It doesn’t reduce it, it controls it in making sure it’s manageable, so I support the Governor in that position,” he said.”

The Congressman, for his part, admits there are serious issues along the border

“The issue on the border, and it is a crisis, I don’t deny that, is driven by a lack of solutions,” he said.

But he does question Republicans’ motivation.

“The worse the situation becomes, in people’s minds, the better my political advantage, well that’s not going to solve a problem.”

And Grijalva says he sees a certain irony in their position.

“These people are fleeing authoritarian, strong-man type governments, that some people in this country now seem to embrace.”

The representative pointed towards just some of the immigration reform measures passed during his time in Congress, including the Dreamer Act, and legislation making crossing easier for farm workers, but says a long-term, wide-reaching solution to the immigration situation remains elusive.

He says answers will continue to evade lawmakers until they sit down and hold meaningful conversations specifically aimed at finding common ground.

“As long as we don’t work on solutions, on how the ports of entry can be better equipped and better staffed to allow the flow of goods and services, legitimate goods and services, and how we focus our enforcement attention on the syndicate, the crime syndicate on both sides of the border who continue to contribute.”

Grijlava tells us he doesn’t see those conversations happening in this political climate, but does remain hopeful they will happen in the future.

“I really do see the generation coming up as significant change agents in this country, and to kind of righting the ship.”

The Ducey administration has said in the past it would remove the shipping container barriers when work on permanent barricades began.

Construction on two gaps in federal fencing is set to start in early January.