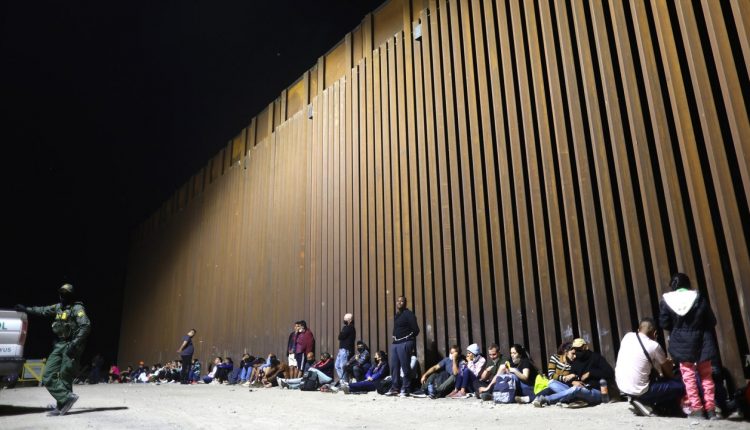 Yuma mayor speaks out against end of Title 42

The mayor of Yuma says if Title 42, a previously little-used health authority that has been used to expel over 1.7 million times to expel migrants since the start of the COVID-19 pandemic, does come to an end, border communities will suffer from a potential surge of migrants. FOX 10’s Stephanie Bennett reports.

PHOENIX – A Federal judge is expected to rule soon on whether the Biden Administration can lift a health policy known as Title 42.

Title 42 is a health policy border officials used to expel illegal immigrants. Since March 2020, the policy has been used to expel over 1.7 million migrants. The policy is supposed to end on May 23.

“That does not mean that the border is open beginning on May 23. We continue to enforce the laws of this country,” said Secretary of Homeland Security Alejandro Mayorkas.

“We are surging resources to the southwest border,” said Secretary Mayorkas. “Personnel, facilities, medical resources, transportation. Second, we are improving the efficiency of our processing without compromising the security and integrity of our screening and vetting of individuals.”

Title 42, according to the Associated Press, refers to a previously little-used health authority to quickly expel nearly anyone encountered along the Southwest border.

The Trump administration invoked Title 42 in March 2020. US authorities have since expelled migrants more than 1.7 million times under Title 42 authority, using the threat of COVID-19 to deny migrants a chance to seek asylum as required under US law and international treaty.

Critics say if Title 42 is lifted, it will create a new surge of illegal crossings. Currently, two dozen attorneys general from Republican-controlled states, including Arizona’s attorney general, are suing to keep it in place.

Secretary Mayorkas said the US is ready for a possible surge, but local communities beg to differ.

Mayor Nicholls said hundreds of people enter the area daily. He knows Title 42 had to end at some point, as the nation moves out of the pandemic, but something new needs to be put in place to combat the illegal crossing surge before it overwhelms resources and communities along the border.

“My concern is that that capacity would be exceeded, and then they release them to the streets of Yuma,” said Mayor Nicholls. “That’s the problem. That’s where we are going to end up with: some real problems with people when it’s 120 degrees or 115 degrees, without resources, without shelter, without food, without water. We’ve already had 15 deaths this year in the sector. Yhat’s only going to increase as we get into the hot part of the year.”

While the lawsuit was backed by many GOP politicians, many Democrats have also been dividedsaying if Title 42 is lifted, it could wreak havoc at the border, and that more needs to be done to address a potential surge.