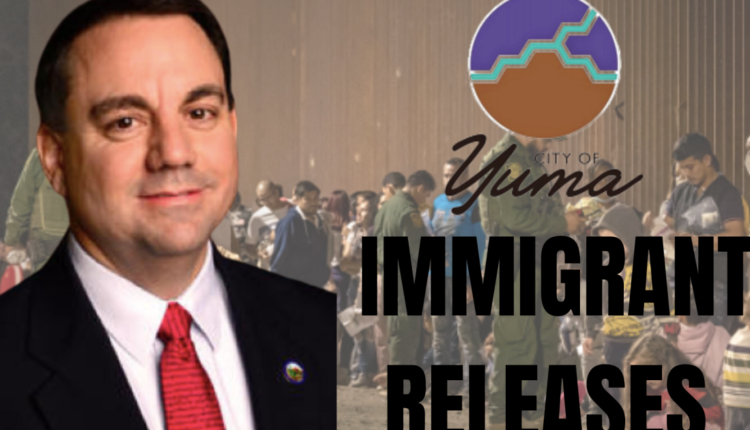 Yuma, Ariz (KAWC) – A small sigh of relief over the US Supreme Court’s decision to keep Title 42 temporarily in place, but no time for celebration for Yuma’s mayor. Mayor Douglas Nicholls tells KAWC, Yuma has a larger problem.

“Just got word today that for the first time since 2021, Border Patrol will have to release onto the streets as their capacity has been exceeded and they have the highest in-custody population of any other sector in the country.”

Mayor Nicholls says on Tuesday 50 detainees will be released, and that number could grow in the days and weeks to come. He tells us that’s why the city never lifted its state of emergency.

“We never lifted it, because we never saw a policy change that looked like it was going to affect the flow.”

That flow is key to the situation, because it’s where opinions split.

“That’s the fundamental difference, if you’re trying to stop the flow, then you’re going to do different things than if you’re just trying to accommodate the flow.”

Mayor Nicholls says he favors a solution that stops the flow.

“The flow doesn’t have a termination; we have to find a way to terminate it.” (05)

The mayor says he has been in frequent contact with the Biden administration, DHS, and Arizona’s congressional delegation in hopes of getting the federal government to better handle the problem.

Mayor Nicholls says he has spoken about the situation along the border with Governor-elect Katie Hobbs, and says she has promised to visit the border early in her term to see what additional resources the state can offer.