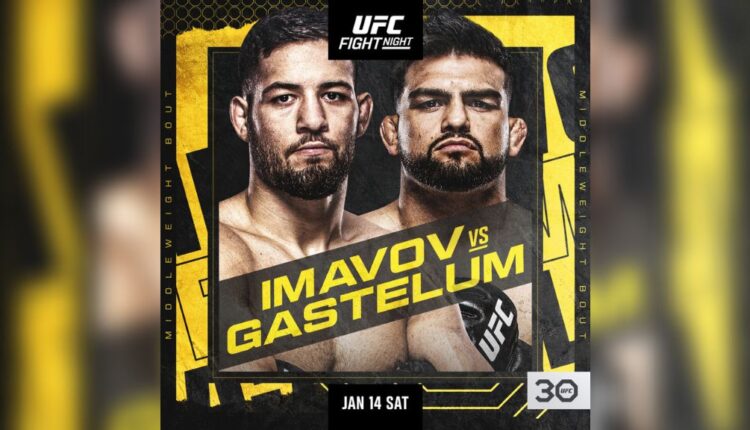 Straightaway, UFC Fight Night 217, will be on Saturday, January 14 at the UFC Apex facility in Enterprise, Nevada.

Previously, Imavov and Gastleum were originally going to appear at UFC 273. However, Imavov had to drop out due to visa issues.

While originally born and raised in San Jose, California, Gastelum spent the majority of his childhood in Yuma.

It was during his childhood years that he participated in Cibola High School’s wrestling program. He won a 5A Division II AIA state wrestling title.

Gastelum continued to wrestle while he attended North Idaho College, where he ranked fifth in the country.

However, he decided to compete in mixed martial arts on a professional basis. He eventually secured a spot in The Ultimate Fighter after amazing an undefeated record of five wins and no losses.