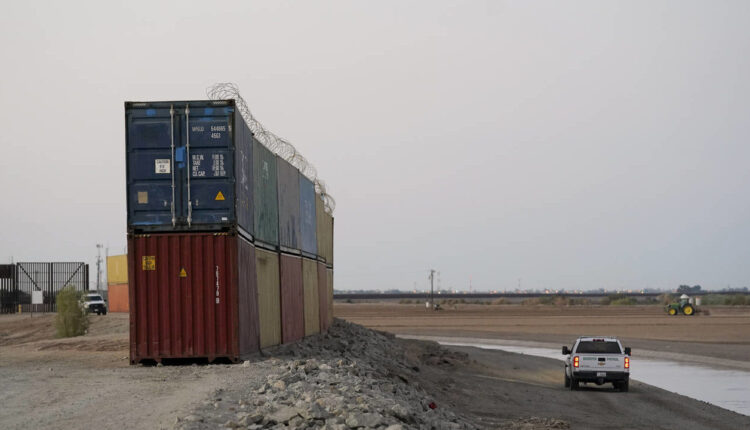 PHOENIX — President Joe Biden on Tuesday visited Arizona for the first time since being elected, but some officials are concerned he didn’t stop by the state’s southern border where immigration reform has been a leading topic in the nation.

After the president’s visit to Phoenix to a new computer chip plant site, Mayor of Yuma Doug Nicholls told KTAR News 92.3 FM’s The Gaydos and Chad Show a visit would have been appreciated.

“Even if he didn’t stop to see me, but at least came and saw the men and women who are serving along the border and got their first-hand perspective,” Nicholls said.

“It doesn’t have to have a political touch, it just needs to be reality.”

The Yuma mayor thinks that seeing is believing, and without Biden visiting the southern US border, he may not be able to fully understand what is going on.

Nicholls argued that shipping containers stacked along the border have played a vital role in managing where migrants cross into the country and that it was never about reducing those numbers.

He added he is hopeful gaps near the Morales Dam will be closed after a contract to start the process begins at the end of the month.

“In my mind, they’re avoiding coming down here to actually see the impacts of their policies, so if they don’t see it and they don’t talk to the people with the boots on the ground that are experiencing the chaos and the activity that’s going on, then they don’t have to deal with it,” Wilmot said.

Had Biden made a visit to Yuma, among the places Wilmot would’ve showed him are sites that have environmental impacts from litter, the impacts of at least 67 bodies that were brought in dead from the desert and the hospital that, in a six- month period, has accumulated over $20 million on their operations by taking care of pregnant migrant women in neonatal care.

“We’ve never had that many people die in our desert — just in Yuma County. I can’t speak for the other sheriffs.”

Republican Gov. Doug Ducey ordered over 100 double-stacked containers to be placed along the wall over the summer, and Nicholls wants to see more work completed.

“That would be great to see because the next governor is talking about removing them and we haven’t had that discussion with her yet. I am having that later this week,” Nicholls said.

The mayor is optimistic about future border talks with Gov.-elect Katie Hobbs but has a plan in case she doesn’t understand the magnitude of illegal border crossings.

“If she doesn’t understand, (we’ll) have her come and visit and see it for herself so that she would be, you know, a little more aware of what exactly is along the border,” Nicholls said.

“The national response drives what the men and women on the border have to deal with, and I see the frustration in their faces.”