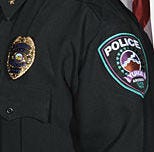 Authorities have announced that a 50-year-old man suffered life-threatening injuries from an attempted homicide early Saturday morning in Yuma.

According to the Yuma Police Department, officers responded to a report of a shooting in the area of ​​the 100 block of East 22nd Street at about 4:30 am The victim suffered life-threatening injuries as a result of the shooting, police said.

Yuma police noted they are actively investigating the shooting and no suspects have been named.

Yuma police encourage anyone with information about the case to contact the Yuma Police Department at 928-373-4700 or 78-Crime at 928-782-7463 to remain anonymous. Information leading to an arrest may result in a $1,000 cash award, according to Yuma police Lt. pete olea