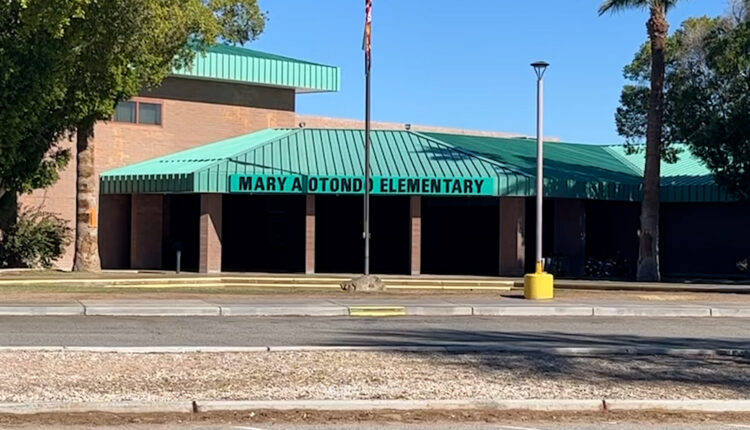 Officers say the threat was brought to the school’s attention by a parent last night.

The parent’s child overheard one student telling another student about bringing a toy gun that shoots orbeez, but the student only heard the word “gun.”

The threat was not credible.

Officer Christina Fernandez says when the word “gun” is used, they take every precaution in investigating every single one of those calls to make sure it isn’t something that is going to be credible.

“First of all, safety is our priority,” reiterated Officer Fernandez.

She and her younger brother even had a safety plan in place.

“We’re going to meet right in the fields that’s next to the school because we would go on the bus,” explains Arellano. “Always have your location on, so we know where you are and we can go pick you up. The other thing is don’t do anything to try to save anyone else, stay together, and listen to your teacher. They know what they ‘re doing.”

Yuma Police say this year there have been 56 calls for school threats.

“But of those 56, we’ve had 26 reports and of those 26 that were reports taken, we’ve had ten that had to do with firearms or a gun,” says Officer Fernandez.

Luckily none of those turned out to be credible.

YPD says there will be consequences if any threats are in fact, real.

“So if we determine that the threats are credible and they are something we look into that may happen, we do charge,” says Officer Fernandez. “There are criminal charges that go into it.”

Officer Fernandez wants to remind students if they hear or see anything that might cause danger, tell an adult immediately so it can be investigated.