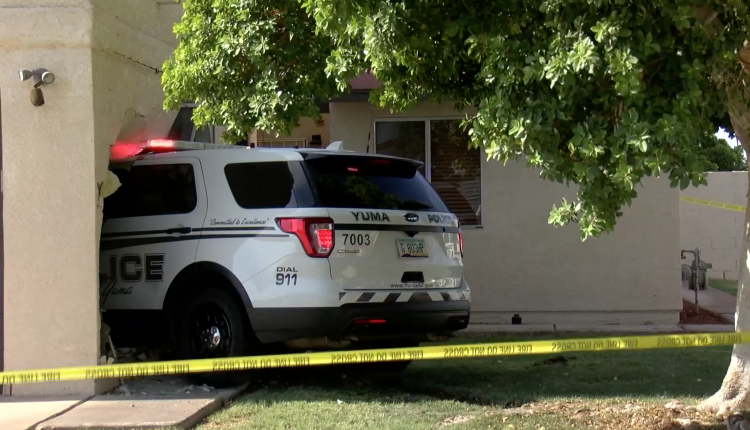 YUMA, Ariz. (KYMA, KECY) – One of the Yuma Police Department’s patrol officers crashed into a home on S. 14th Avenue near 14th Street after attempting to pass two vehicles.

Around 2 pm on July 25, a police officer was responding to a different scene, when the officer’s vehicle was hit by a Toyota Yaris, causing it to collide into the home.

After the officer changed lanes to pass the two cars, the driver of the Toyota Yaris also changed lanes hitting the backside of the patrol car.

The homeowner says the house was occupied during the time of the crash.

Both the officer and driver were taken to Yuma Regional Medical Center for minor injuries.