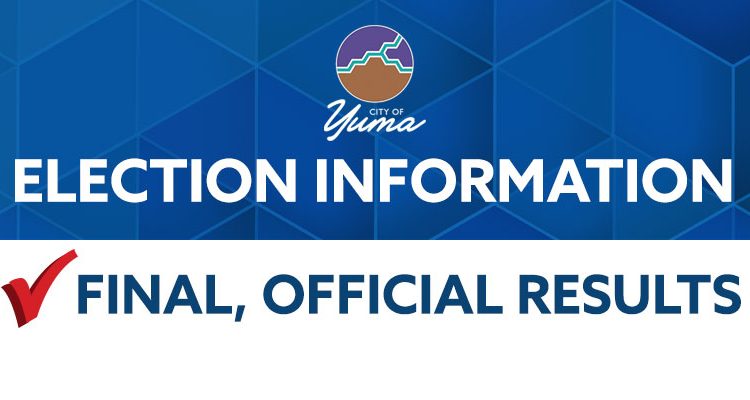 The Yuma City Council on Wednesday canvassed the City’s results of the Aug. 2 primary election, making the results both final and official.

Voters had their first opportunity of this cycle to elect or nominate candidates for the offices of Mayor, three at-large seats on the City Council, and Presiding Municipal Court Judge.

Per Yuma City Charter, Article IV, Section 5, any candidate receiving votes constituting a majority of all ballots cast in the primary is elected to office. Mayor Douglas Nicholls and Presiding Judge James Coil are re-elected to four-year terms starting January 2023.