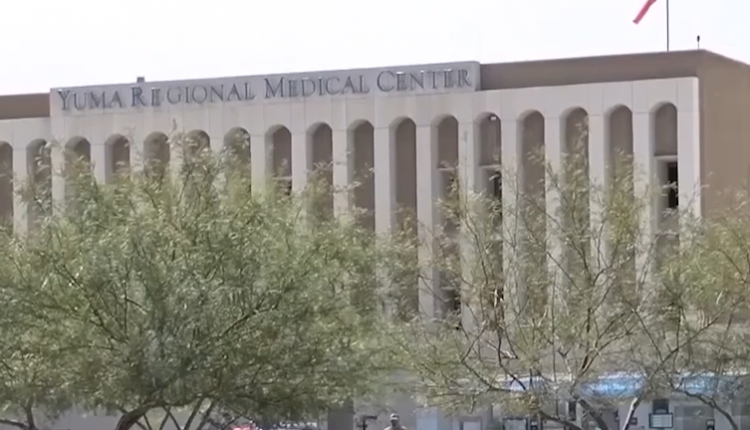 YUMA, Ariz. (KECY, KYMA) – The lawsuit between Yuma Regional Medical Center, and the Hospital District Board is still ongoing.

Meaning property owners in Yuma County are still being taxed.

Hospital District Board One Chairman Jeffrey Polston is requesting the Yuma County Board of Supervisors approve another property tax of over $1.1 million, saying it’s mainly to cover legal fees.

He says until the lawsuit, the District Board has never taxed the community, and it’s a last resort to defend themselves in the suit brought against them by YRMC.

“The only sources of funds we have is from our tenant, who refuses to pay our legal fees, so we have to tax the district in order to administer the district,” Polston said.

Polston says property owners in Yuma County are taxed based on the value of their property.

YRMC provided a statement to me on the current tax, saying in part:

“YRMC has paid – and continues to pay – all submitted hospital district administrative expenses for all invoices that include descriptive documentation.”

Polston says the invoices for the legal fees don’t have ‘descriptive documentation’ because the invoices contain information that falls under attorney-client privilege.

He adds that more tax was levied this summer because he and the board have to prepare for a formal trial in March of 2023.

“I have to prepare for the worst, which means we’re going down to the courthouse in March. Once you get into trials your legal fees increase drastically,” Polston said.

Polston says if the district board wins the lawsuit they hope to get the money taxed back into the pockets of Yumans.

The chart below shows which District Board budget items will be paid for by YRMC, and which ones will likely be covered by taxpayers.

Proposed 2022-2023 budget for the Yuma Hospital District Board One.

Danny Bryant is a former member of the Hospital District Board.

He hopes with new members on the district board after the November election, the two sides can come together and find a solution that doesn’t hit the pocketbooks of local taxpayers.

The county Board of Supervisors will put the tax levy on the agenda to be approved in a meeting next month.

YRMC’s full statement on the tax, as well as the District Board’s letter to the Board of Supervisors can be seen below.

“YRMC has never requested a tax on Yuma County residents and statements that YRMC has failed to pay the Hospital District Board its obligations is simply false. YRMC has paid – and continues to pay – all submitted Hospital District administrative expenses for all invoices that include descriptive documentation representing true administrative expenses. We challenge any claim by the District stating the tax is a “last resort” – given that YRMC remains committed to paying any submitted expenses that include documentation demonstrating appropriate use of funds. We stand firm that the citizens of Yuma County should not be burdened with a tax that is unjustified.”

Hospital District Board One letter to the Yuma County Board of Supervisors: